some of the most expressive socially engaged music in recent memory – from any genre." Pitchfork

Image: A man clings to the top of a vehicle before being rescued by the U.S. Coast Guard from the flooded streets of New Orleans, in the aftermath of Hurricane Katrina, in Louisiana September 4, 2005. Image copyright Reuters. Photography by Robert Galbraith

Ted Hearne’s (US) Katrina Ballads is inspired by the tragic events and devastation of Hurricane Katrina in New Orleans, September 2005.

Featuring vocalists and ensemble, Katrina Ballads uses entirely primary-source texts to paint a musical portrait of that chaotic and telling week. Setting the words of flood survivors, relief workers, politicians and celebrities, including President Bush and Kanye West, Hearne creates a cutting-edge musical experience that is a vivid look into America’s darkest hours.

The music is rhythmic, theatrical and American to the core, with an edgy post-minimalist drive and a deep jazz influence.

Katrina Ballads is accompanied by a devastating and haunting film by renowned filmmaker Bill Morrison that manipulates news clips and source footage into a visual world that is undulating, textured and highly narrative.

Unfortunately due to unforeseen circumstances the pre-performance Artist Talk has been cancelled. Gates will still open at 6pm with bar open and pizza available. 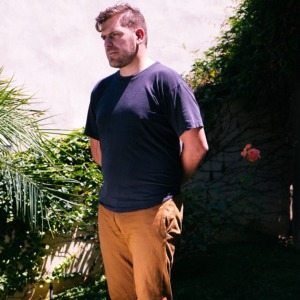 Ted Hearne (b.1982, Chicago) is a composer, singer and bandleader noted for his “panstylistic freedom” (Pitchfork), “wildness of spirit” and “fresh and muscular” music (The New York Times), who “writes with such technical assurance and imaginative scope” (San Francisco Chronicle).

The New York Times included Hearne’s oratorio The Source on its list of the best classical vocal performances of 2014, and (along with The New Yorker and The Nation) the best albums of 2015. Alex Ross wrote in The New Yorker “Hearne’s piece holds up as a complex mirror image of an information-saturated, mass-surveillance world, and remains staggering in its impact.” Pitchfork called The Source “some of the most expressive socially engaged music in recent memory — from any genre.” Law of Mosaics, Hearne’s 30-minute piece for string orchestra, was recently performed by the Chicago Symphony Orchestra and San Francisco Symphony, and was named one of The New Yorker’s most notable albums of 2014 by Alex Ross. His newest album Sound from the Bench, featuring Philadelphia’s acclaimed choir The Crossing and released this year on Cantaloupe Music, was praised in The New Yorker: “Hearne has forged a fierce and timely grace.”

Hearne performs with Philip White as the vocal-electronics duo R WE WHO R WE, belongs to the composer collective Sleeping Giant, and recent collaborations have paired him with legendary musician Erykah Badu. An active recording artist, his albums Katrina Ballads, The Source and Outlanders are available on New Amsterdam Records. Ted Hearne is the recipient of the Gaudeamus Prize and the New Voices Residency from Boosey and Hawkes. He recently joined the composition faculty at the University of Southern California.

Recent and upcoming works include commissions from the San Francisco Symphony, eighth blackbird, A Far Cry, Ensemble dal niente, Roomful of Teeth, and an evening length work written in collaboration with poet/performer Saul Williams for the Los Angeles Philharmonic. 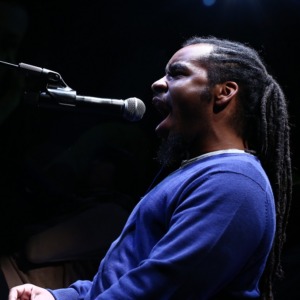 Isaiah Robinson (b.1983) is a multi-talented musician who was born in Chicago into a musical family of singing parents. As an actor he was featured in Steven Spielberg’s 1991 film Hook, playing the role of Pockets. As a vocalist he was primarily trained singing in church by his parents and siblings. . He has performed with the Barrett sisters, Aretha Franklin, , Mavis Staples, Chaka Khan, Yo-Yo Ma, Dennis DeYoung and numerous other acclaimed vocalists and musicians.

Isaiah is committed to community life in Chicago, teaching at an after school program, and performing with local theatre and music groups. He performs with and facilitates workshops for the Chicago Children’s Choir, and is on staff as a musician/organist and choirmaster at a major local church the Life Center C.O.G.I.C, where he has served for more than 14 years.

This performance is presented by FAC and Perth Festival and is part of FAC’s Soft Soft Loud series. It is an Australian exclusive.