“Niminjarra is the two brothers transforming into a snake so they can come back home to Ngayartakujarra (Lake Dora). They were in training for ceremony, those two brothers, but they were kept too long, and nobody was there to release them. They waited then they decided to transform into snakes to travel back to where they came from, because their mother was waiting for them. This is Jukurrpa (Dreaming story).”

This body of work is borne of Taylor’s desire to see his artworks reimagined through a textile medium and is a contemporary crafting of important ancestral stories deeply rooted in Warnman Ngurra (Country).

The dynamic intercultural collaboration between Desmond Taylor and textiles practitioner and educator Mariaan Pugh continues the practice of cultural and creative exchange, driven by Taylor and other Martu artists through Martumili Artists, sharing narratives and understandings of the world from the Great Sandy, Little Sandy and Gibson deserts with national and international audiences. 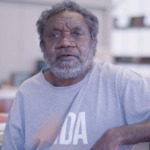 Desmond was born in 1964 close to the bed of the Oakover River. Two years later his family moved into Jigalong – they were amongst the last Martu to live entirely in the desert without access to rations. Desmond went to school in Nullagine and Perth and now works as a professional translator and educator as well as an artist. Desmond primarily paints his family’s country around Karlamilyi (Rudall River) and the creation stories for that Country, especially the Ngayarta Kujarra Dreaming. 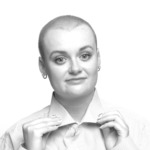 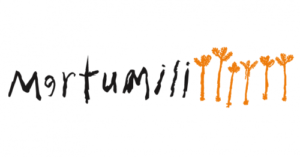