News From selfie to self-hood: how fashion and photography are driving social change in the Western Desert

Showing until 23 May, Straight Outta Wilurarra offers a rare glimpse into Aboriginal youth culture in the Western Desert. We speak to Silvano Giordano – Wilurarra Creative’s Director – about desert selfies, life in the outback and the transformative power of storytelling.

The ‘selfie’, that ubiquitous symbol of millennial navel-gazing, mightn’t seem like the most obvious tool to empower and educate young people in remote Western Australia. Indeed, the selfie is often maligned as an emblem of millennial narcissism; responsible, in part, for engendering an unhealthy obsession with image and appearance.

But for a group of young adults the Ngaanyatjarra Lands – a remote swathe of desert bordering Western Australia and the Northern Territory – the selfie has become a powerful vehicle for self-expression; a means to tell their stories in their own way.

In the tiny town of Warburton, a burgeoning art centre known as Wilurarra Creative has become the beating heart of Ngaanyatjarra youth culture, with a self-directed learning program which has been embraced by locals aged 17-30.

Wilurarra Creative’s director Silvano Giordano says, “We allow Ngaanyatjarra young adults to express themselves in whatever form that takes, whether that be self-portraiture, fashion design, hairdressing or music production. It’s about standing up, styling up and being proud.”

This unconventional approach empowers young adults to explore their identity, culture, gender and relationships in a joyful and playful way, while creating meaningful opportunities for young people to learn new skills and engage with their communities. 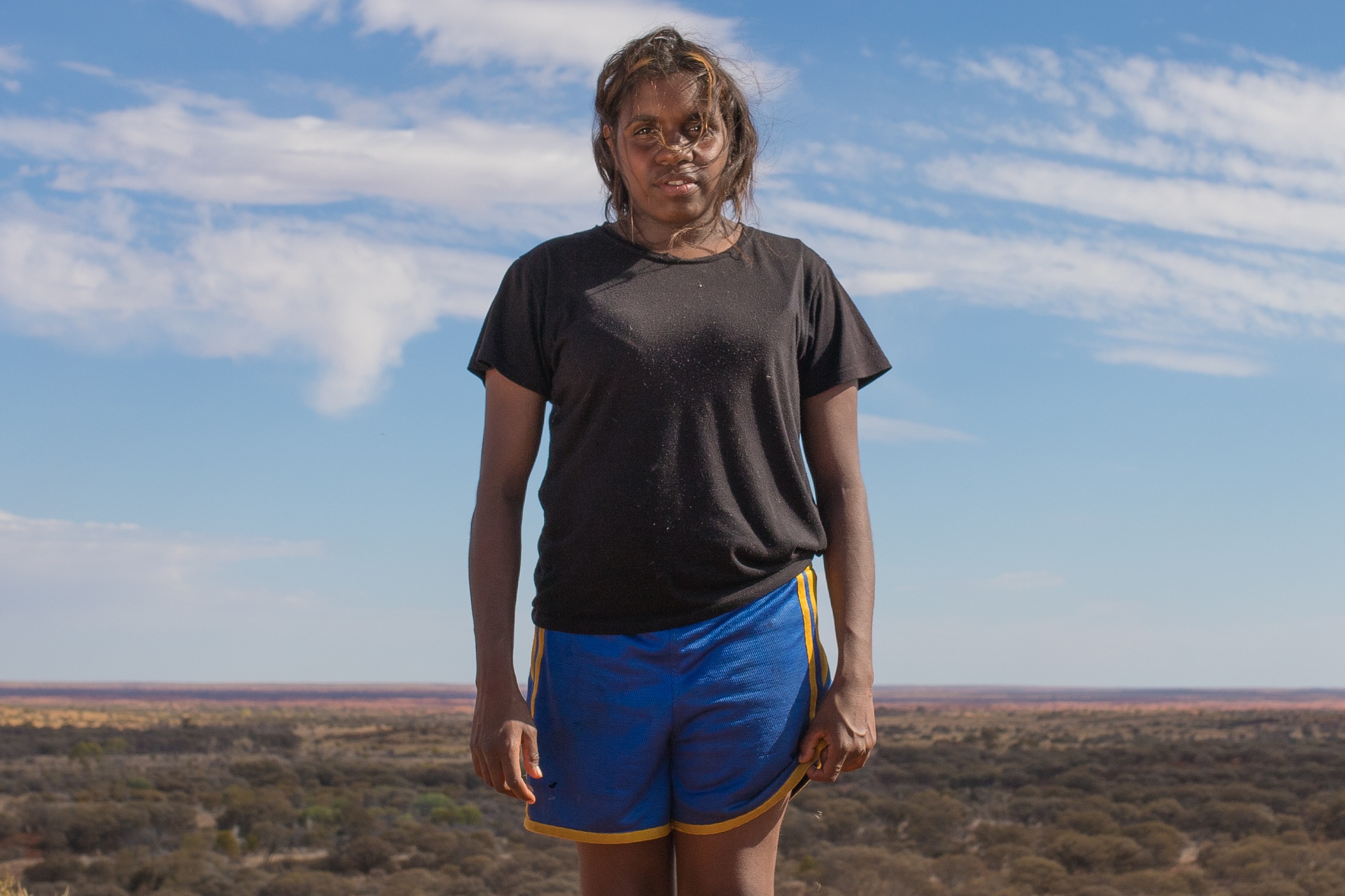 “It makes their hearts happy”

A centre-piece of Wilurarra’s offering is Alanya Magazine, a glossy fashion and youth culture magazine named after the Ngaanyatjarra term for ‘looking good’.

From fashion portraits shot in the desert to feature stories about Wilurarra’s swag of musicians and behind the scenes images of the magazine’s creation, Alanya is a vivid, 100-page portrait of living creativity in the Ngaanyatjarra communities.

The magazine is a result of two years of workshops and development at Wilurarra. More than 90 people collaborate to make it happen including, of course, many Ngaanyatjarra youth who grace its pages – as writers, models, photographers, designers and stylists.

Artist Brett Jennings says of the publication, “If you look at it, this book here, it’s keeping our kids strong (…) and keeping them here without having to go live in town and face all the consequences like court cases and prison, without money trouble.”

“They see this and they see themselves in a different way… it lifts their spirits, makes them dance, makes their heart happy.”

The latest edition of the magazine is available to browse at Straight Outta Wilurarra, alongside a mini replica of Wilurarra Creative’s premises, including a selfie booth, portraits taken by emerging Ngaanyatjarra artists, a hair salon and photography studio.

“There isn’t a huge uptake with school here, plus there is no TAFE or universities,” Silvano explained. “And many of the community projects here are not culturally appropriate in that they are too paternalistic.”

“Wilurarra Creative has always worked alongside Ngaanyatjarra people. We put the equipment directly into the hands of young adults.” 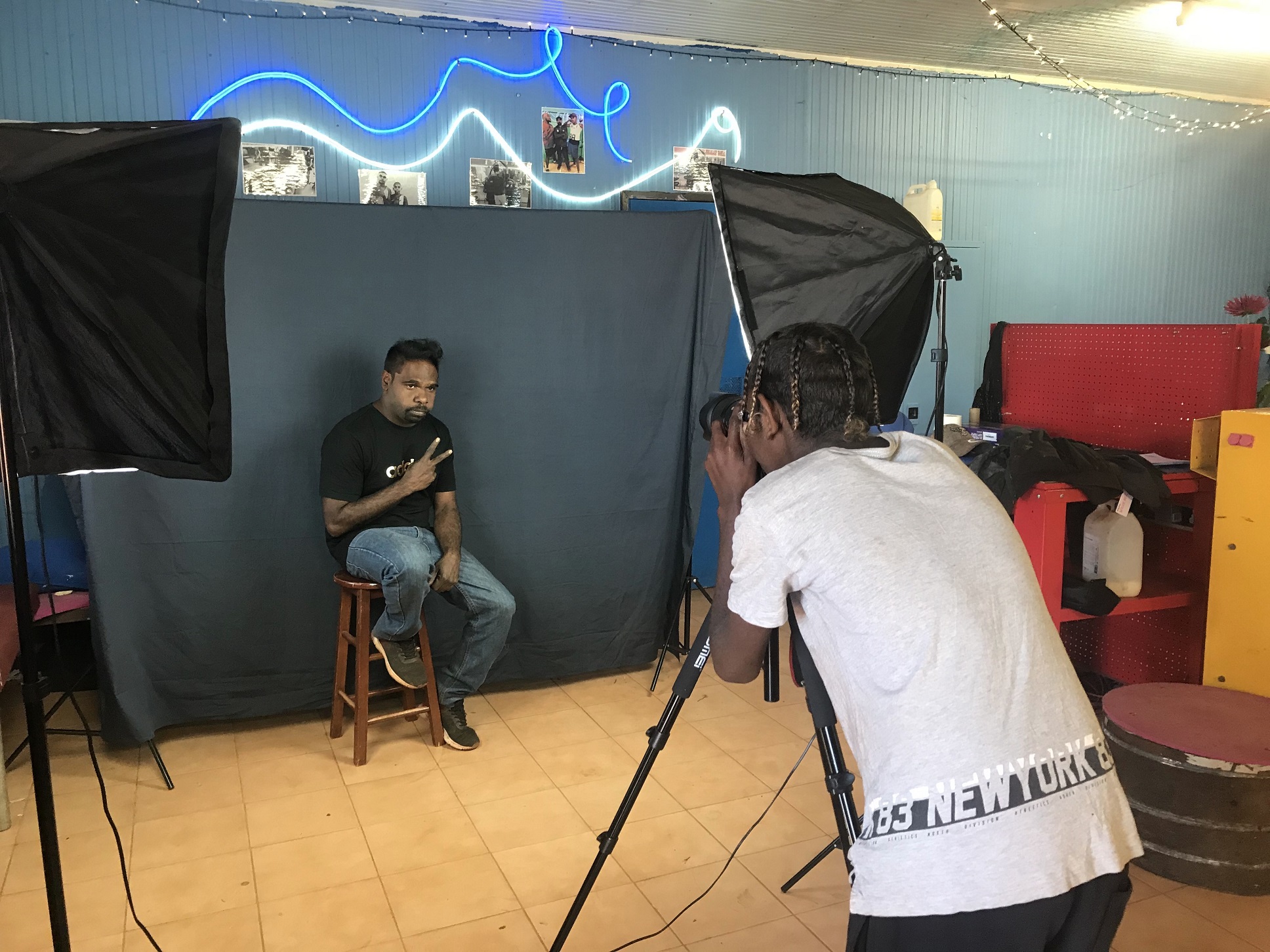 The photographic studio at Wilurarra Creative in Warburton

Their on-site hair salon not only provides a safe space for self-care and socialising, but runs as a social enterprise salon, training and upskilling many young adults in the tools of the trade.

And their fully equipped music studio has fostered the talents of several up and coming musical stars, some of whom, including the Red Sand Beat Band, have gone on to become YouTube sensations and toured across WA.

Wilurarra’s program not only demonstrates the incredible artistic ingenuity springing from some of WA’s most remote and regional areas, but the power of creativity and storytelling in driving social change and fostering mental health.

“We don’t have problems with suicide here,” says Silvano. “Young people in Warburton are not killing themselves. This goes to show just how transformative it is for people to have a place where they belong, it cannot be underestimated.”

Straight Outta Wilurarra is showing at FAC until Sun 23 May. Free entry, all welcome.