FAC’s exhibition Frank Norton: Painter and Collector celebrates the life of one of WA’s most influential art figures. Frank Norton was the first Official War Artist for the Royal Australian Navy and the Director of the Art Gallery of WA for 18 years (1958–1976), overseeing the development of a new home for the gallery and remaining a prolific artist in his own right.

Available alongside the exhibition is a book written by City of Fremantle Art Collector Curator André Lipscombe detailing Norton’s career and his enduring contribution to the WA art scene. Exhibition runs until Sunday 22 January. 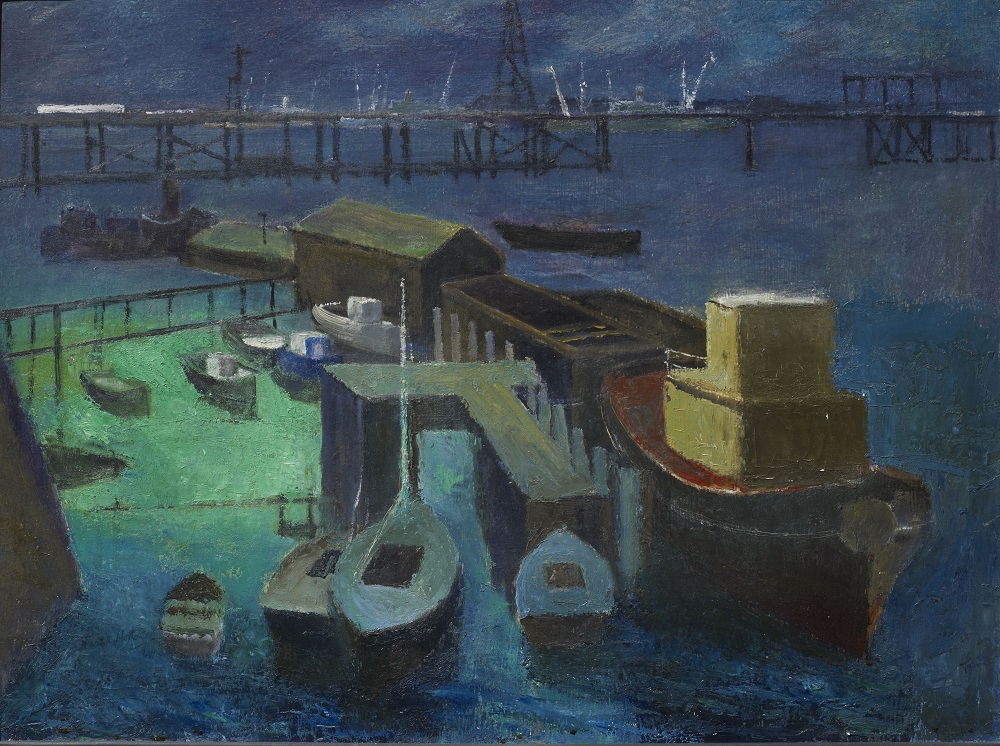 Dad was a kind, loving, caring father with a Christian faith, a broad knowledge of life, a sense of humour, a love of musicals, and a strong compassion for Aboriginal people and their art.

Sketchbook and pipe were his constant companions, with his eyes, mind and hand his instruments – he had no need for a camera. Even though the majority of his latter artwork was of the land, his heart was still with the sea.

On behalf of my sisters, Janice and Robyn.
Lynne Norton

Norton was familiar with Fremantle and its harbour well before returning to Perth for the Gallery posting in 1958. He had entered the Swan estuary and the port on numerous occasions both during peace time and while on active service. Fremantle was the last port of embarkation for Australian troops heading to war and the point at which returning vessels made landfall in Australia.

During the first months of his appointment as a War Artist, Norton travelled aboard HMAS Brisbane, HMAS Sydney and numbers of escort and convoy vessels. Prior to his time with the Mediterranean Eastern Fleet he recorded HMAS Sydney berthed at Fremantle sporting her grey disruptive camouflage design in July 1941.

In July 1942, at the height of the success of Japanese forces north of Australia, he would be stationed at HMAS Leeuwin barracks in Fremantle.

From this staging point Norton documented Allied warships preparing for the defence of Western Australia. He produced drawings and oil sketches at Fremantle of RAN and Allied ships including submarine fleets and Corvettes, and also wooden ship building yards. It was at this station that he produced his first Fremantle slipway pictures and detailed studies of defensive gun emplacements at South Mole and Swanbourne. Further afield he produced studies of US Navy Patrol Wing Number 10, a Catalina Squadron based at Crawley Bay in Perth and RAAF 25 Squadron at Pearce Airbase. 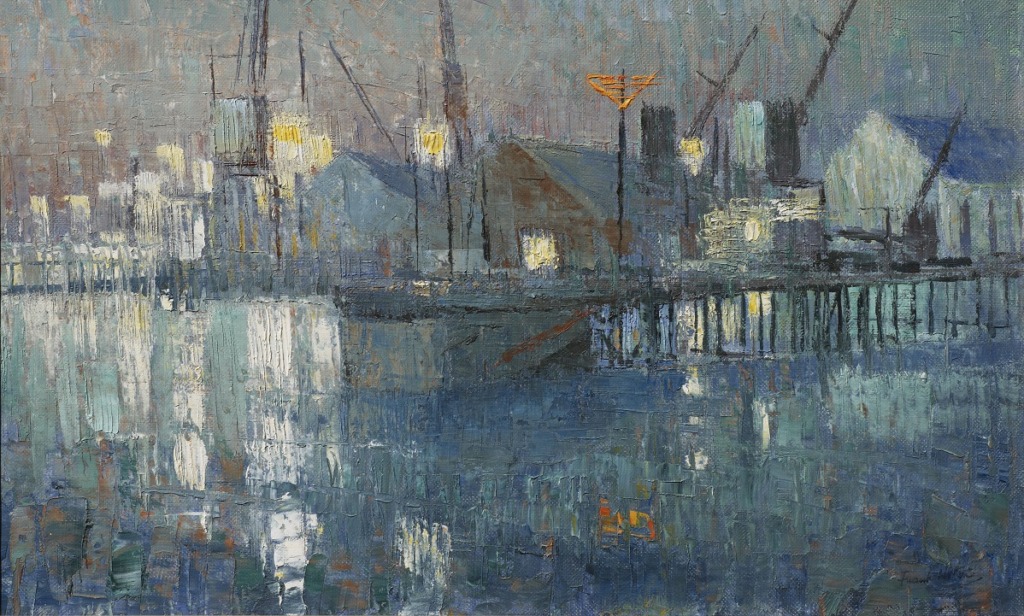 On his return to Perth after the War Norton briefly returned to working directly from familiar subjects, producing sketches and paintings of landscapes at Fremantle Harbour, including slipways and South Mole, which he had painted fifteen years previously. He completed a number of drawings and at least two oil sketches of ships in dry-dock. These studies would ultimately lead to a more substantive and imaginative studio picture, an elevated view from South Mole Head Lighthouse looking east. Fremantle Harbour 1959 was the first major work painted in his office studio and exhibited at The Society of Artist’s Spring Exhibition at Blaxland Gallery, Sydney and subsequently acquired by the AGNSW in 1960.

Future commissions of Fremantle subjects were forthcoming and included a City of Fremantle presentation picture Port of Fremantle 1964, gifted to Parliament House Perth as well as a picture titled Fremantle 1969, presented in recognition of the appointment of the first honorary Fremantle Freeman Sir Frederick Samson in 1969.[1]

This is an extract from Frank Norton: Painter and Collector by City of Fremantle Art Collector Curator André Lipscombe available for purchase from Fremantle Arts Centre.