Ever wandered through a familiar environment and discovered something completely new? Artist in Residence Elyssa Sykes-Smith (NSW) plays with our perception and response to spaces through her Mind Walks series. These meditative, sightless journeys see the artist guide blindfolded participants through Fremantle, encouraging people to explore places purely through touch, sound and smell.

Last week I went on my own Mind Walk. Elyssa blindfolded me, and we left her FAC studio wearing matching Mind Walker shirts and name tags. Linked at the arm for obvious reasons, we walked into the centre of Fremantle. 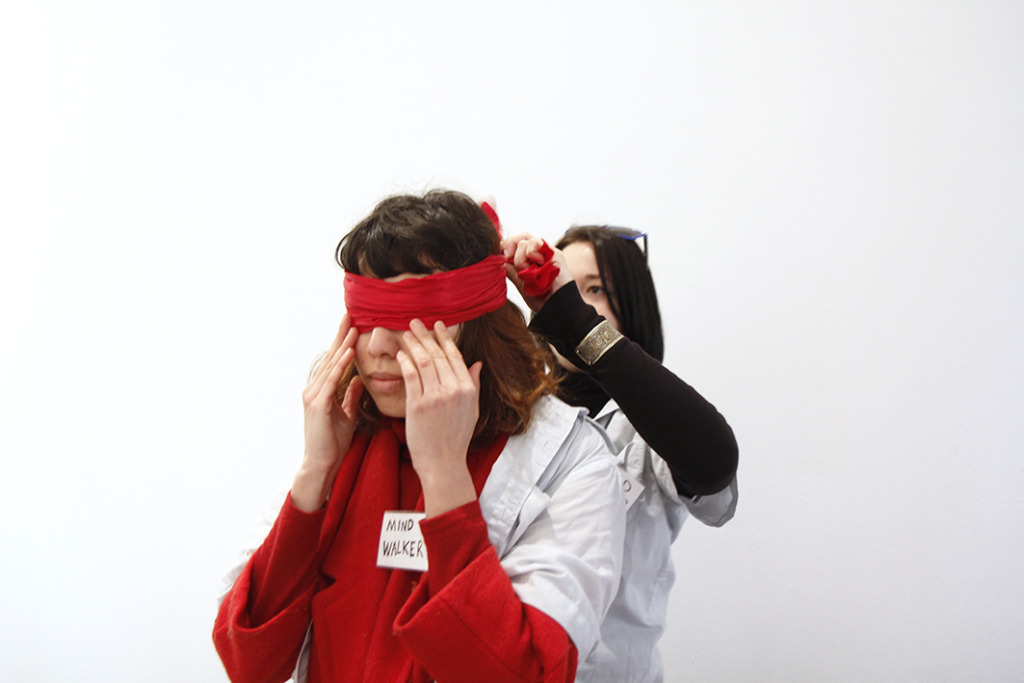 As a Freo local, it was a strangely familiar yet foreign experience. Being unable to see, textures, sounds and smells became heightened. Walking past construction sites, busy cafes and Asian restaurants, the first thing I would notice was a sudden rich smell of delicious food or the din of rackety machines. Time is hard to keep track of without your eyes. They constantly remind us of where we’ve been and where we’re going. Rather than finding this loss of bearing daunting, it was quite relaxing, not having anywhere to be or worrying about where I might be headed. 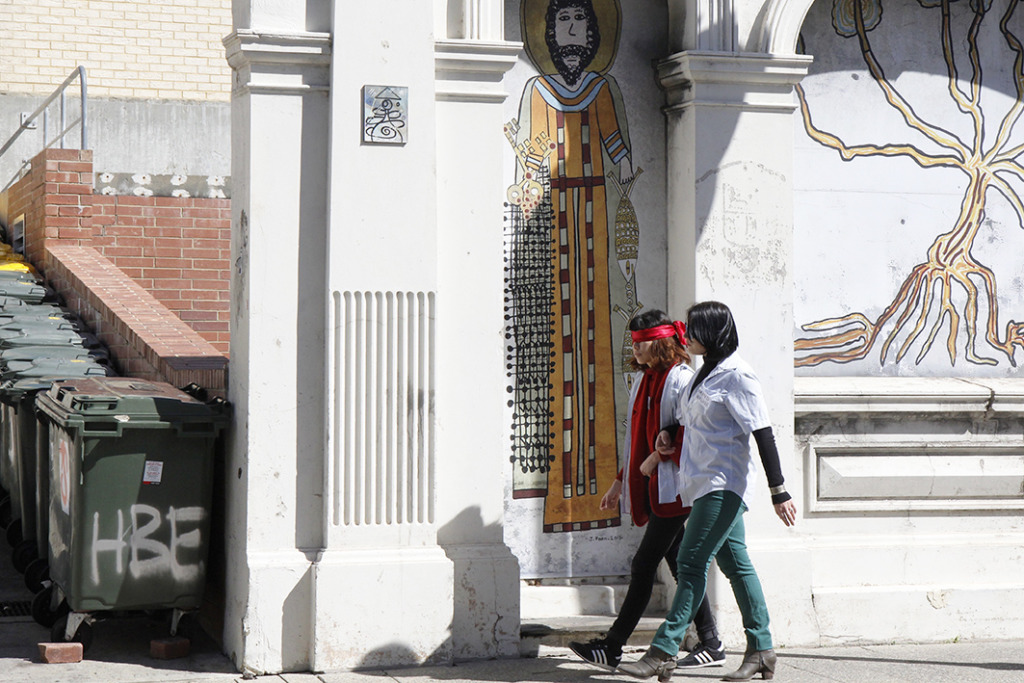 Eventually we reached Elyssa’s site for the day. She led me to the edge of the place and left me to explore. I moved forward warily along the wall, making sure not to run head first into some hard, unknown object. The surface here was rough and dusty with a pattern of vertical grooves. It was filled with angles and strange, dull feeling windows – I assumed they were windows. I turned a corner and the atmosphere shifted. The slight colour and light I could catch through my eye lids and blindfold dropped straight into blackness. It was far colder here and rather eerie. I walked past what felt like parked cars, cars feel odd and bulbous when you can’t see them. The place itself felt mysterious and constantly shifting. At one point it felt like I’d step into a completely different building (I was very suspicious it was a public toilet block – it wasn’t). 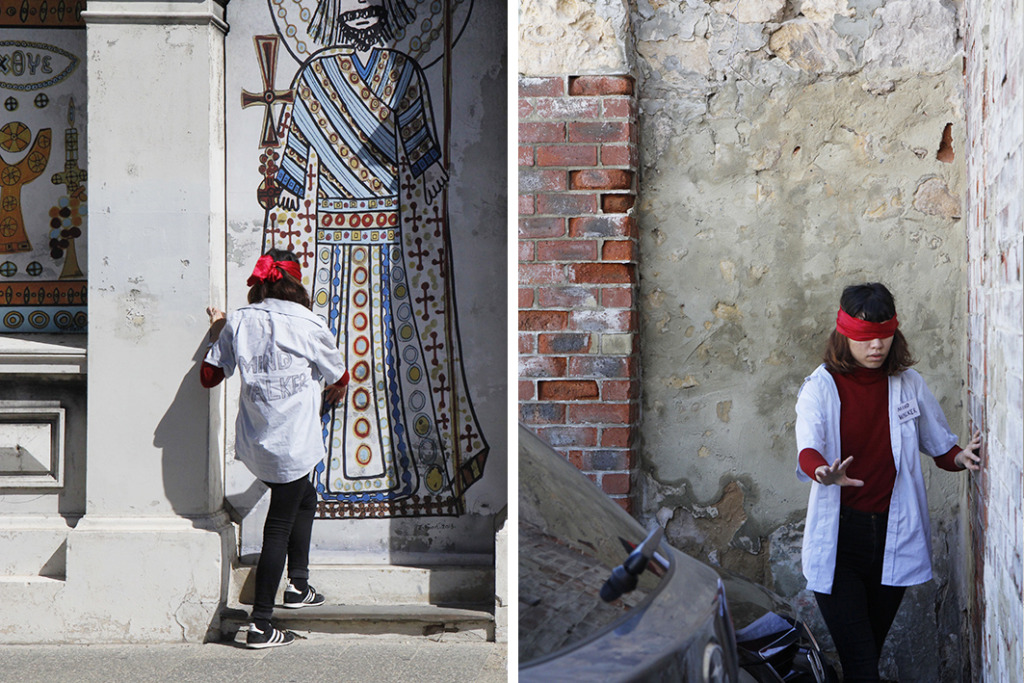 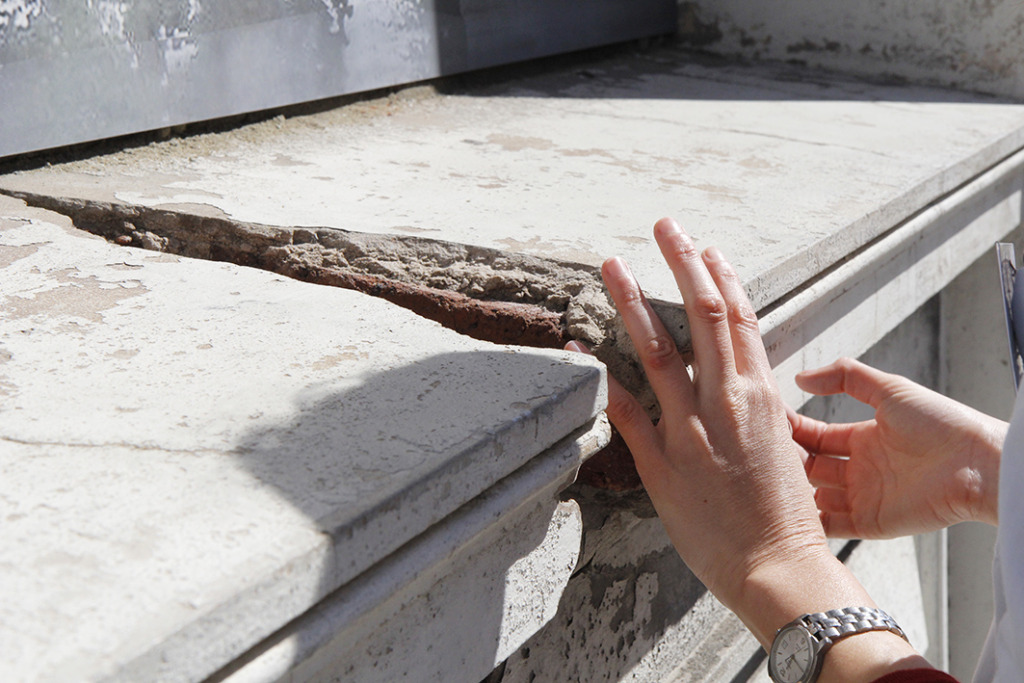 We headed back to Elyssa’s studio. I sat in a chair and tried to recall the whole experience, the murky layout of the building and its’ many grooves and ridges. Elyssa asked a series of probing questions, drawing constantly as I spoke. We discussed how I had felt exploring the space, and what sort of space I thought it was. Very cavernous. Elyssa’s studio is covered with these sensory, memory drawings. It’s a beautiful light-filled space, definitely worth a visit. 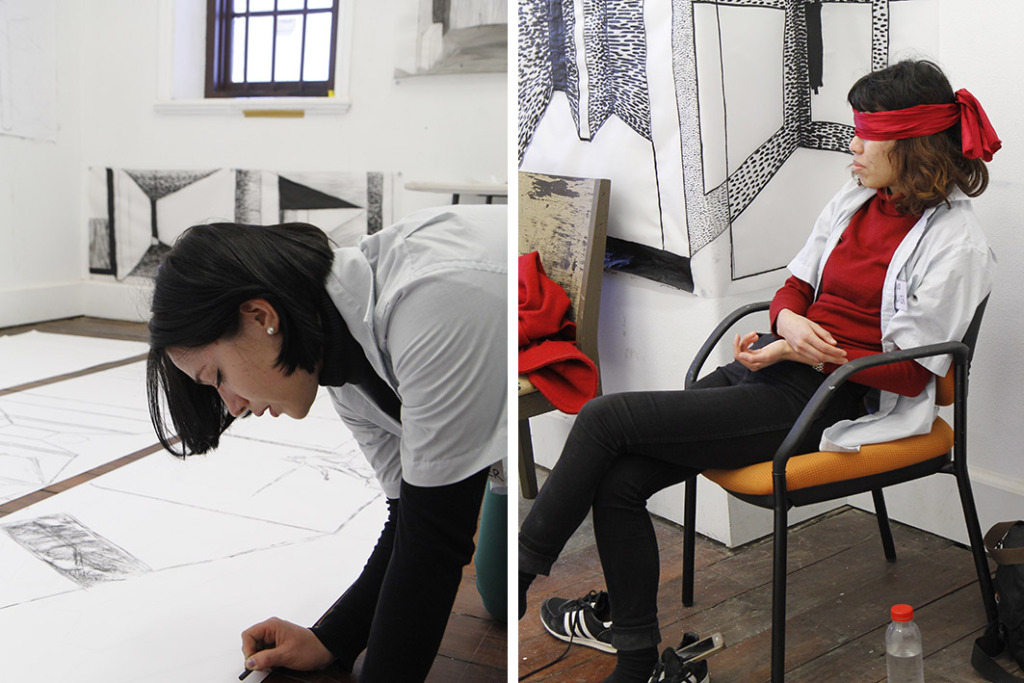 If you’d like to take a Mind Walk get in touch with Elyssa at [email protected]. The full series of works will be exhibited at the Moores Building Contemporary Art Gallery from Saturday 17 September – Sunday 2 October in Mind Walk: Portrait of Fremantle.