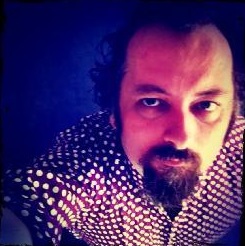 In conjunction with Other Suns: Cult Sci-Fi Cinema and Art, Curator and Revelation Perth International Film Festival Program Director Jack Sargeant (UK) will deliver a lecture prior to the official opening of the exhibition.

Sargeant is an internationally regarded curator, film programmer and writer specialising in cult film, underground film and independent film. He is the author of several books including Flesh & Excess: On Underground Film, Against Control and Deathtripping: The Cinema of Trangression.

Not to be missed by sci-fi aficionados, his lecture is titled Concrete: an autobiographical account of science fiction obsessions.

Read more about Jack and his career on the Revelation website.