Seven Sisters is about creative young people on Boorloo, coming to terms with old knowledge. Look up! Don’t look up! We are made of star stuff whether we like it or not.

This work is a response by a diverse group of emerging artist/performers to the Noongar story of the Seven Sisters made in consultation with Noongar Elder Roma Yibiyung Winmar.

This isn’t a retelling of the story, after all which version would you tell? This Seven Sisters riffs on the meaning and metaphor of the very human need to tell stories about the stars and what it is to be young at a time when have arguably has never been more ‘access’ to information old or new.

The WAYTCo Ensemble comprises WA’s best and brightest emerging artists who collaborated with the creative team to make a mesmerising work to be performed in conjunction with the stars of the Bunuru night sky at several select Boorloo locations during the Festival.

’The stars belong to no one.’ Roma Yibiyung Winmar 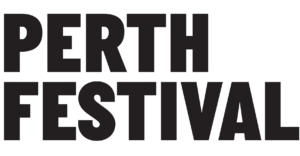