Orange: Sannyas in Fremantle revisits a highly controversial period in Fremantle’s social history, presenting a range of contemporary responses to the emergence of a new religious movement popularly known as the ‘Orange People’ in the 1980s.

Dedicated to an Indian guru Bhagwan Shree Rajneesh – now known as Osho – they dressed in orange-coloured clothes and called themselves Sannyasins, a term traditionally related to Indian religious discipleship. The spectacular nature of the Sannyas movement attracted the attention of the media and generated much public interest, particularly in their sexual practices.

By the mid-1980s Osho had 250,000 Sannyasins worldwide and Fremantle became one of the major centres with many devotees moving in and many locals converting. With a seductive message, money and the capacity to organise, the Sannyasins had a profound personal effect on many families and individuals and impacted on the life of Fremantle.

Orange presents a selection of newly commissioned art works that explore the legacy of Sannyas in Fremantle, including the experiences of some Sannyasin kids, now in their 40s. Osho’s principle of surrender as a state of no-mind, no ego and letting go is a key theme throughout Orange.

Sohan Ariel Hayes’ virtual reality work Dynamic will be available to view from 11am – 3pm daily.

Do you have your own story of Sannyasins in Fremantle? Email us and we’ll share them on the FAC blog throughout the exhibition period. 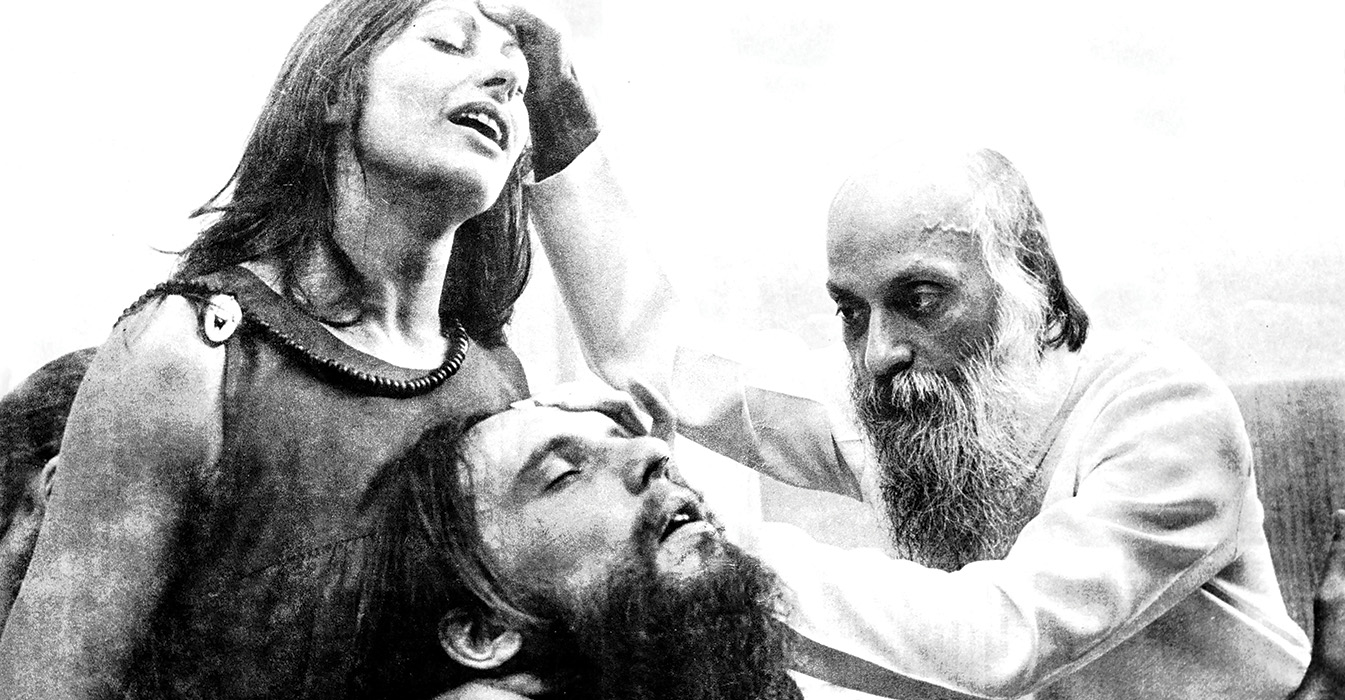 Although Bhagwan Shree Rajneesh – Osho – never came to Australia he was a powerful, charismatic man who inspired passionate devotion. A master communicator, often funny and irreverent, he did not advocate pious restraint but sought to place the individual at the centre of deep, unrestrained personal experiences, an approach which resonated with a western audience. While his message was often construed as an affirmation of hedonism and sexual promiscuity, and a rejection of conventional emotional and sexual fidelity, his intention was to present a new way of being in the world, free from ideology and morality, yet responsible and aware.

Osho’s abrasive, controversial right-hand woman Ma Anand Sheila came to Fremantle and famously expressed her indifference to widespread community concern with “tough titties”. The Sannyasins were a conspicuous and powerful element in the Fremantle community until, after a few years, they abruptly de-camped to the south – which foretold the upheaval, scandal and implosion of the international movement. However, the effect of the Sannyasins endures in the mixed legacy for those who were part of a chapter that has now seemingly passed, and for others who more privately adhere to the teachings of Osho to this day.

In Orange: Sannyas in Fremantle a central teaching called the art of surrender is considered, which Osho describes as a paradox of action through inaction, of stillness and silence at the heart of creativity. He writes:

All beautiful states are paradoxical, supreme action with supreme relaxation – on the surface great action is happening, in the depth, nothing is happening, or only nothing is happening. Yielding to a power not your own, surrendering to a power that is beyond you, is creativity. Meditation is creativity. And when the ego disappears; there is healing, there is wholeness – the ego is the disease. Perfection is only possible when the ego is not.