Join Sharyn Egan, Audrey Fernandes-Satar and Arif Satar as they discuss the works they created for IOTA21: Curiosity and Rituals of the Everyday.

Sharyn Egan is painter, weaver and sculptor. What’s in a Noongar woman’s bag? Naatj Noongar yoka kooda saw Sharyn work with a group of Noongar women from some of the 14 identified groups within the Noongar nation. They got together to re-create bags made and carried by their ancestors.

The group embarked on a series of bush trips to find sticks for digging, ochre, and taking sinews from the tails of kangaroos for sewing. Sharyn says digging sticks were originally multi-functional, not just for digging, but also for protection and to help walking over rough ground and rocks.

Audrey and Arif Satar’s collaborative work Remembering Kala Pani is inspired by the ‘Tipu Tiger’, a musical object made in 1782 in South India for ruler Tipu Sultan, and now held at the Victoria & Albert Museum in London.

The works symbolise the 3.5 million people who made the journey across the Kala Pani (the Indian Ocean), to live as indentured labourers and migrants in other lands.

The pair will be in conversation with author and columnist Sisonke Msimang, discussing how complex memories and histories, both personal and collective, are interrogated through a sensitive use of material and methods of expression. 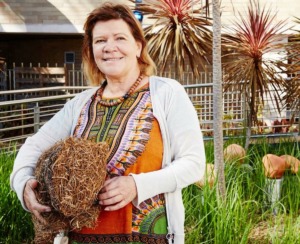 As a member of the Stolen Generation who grew up in the New Norcia Mission School, much of Sharyn’s artwork is a commentary on her life as a Nyoongar woman and the associated trauma, emotions and deep sense of loss and displacement experienced by Aboriginal people.

Never afraid of experimentation and exploration, she works in numerous media, including painting, sculpture, woven forms and site specific installations, often choosing materials, such as ochres, resins and grasses that connect to land, especially her home near the lake system in the southern suburbs of Perth. 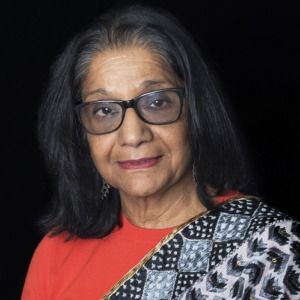 Dr Audrey Fernandes-Satar was born in postindependence India. She grew up within a microcosm of stories of freedom and activism – collective memories that were shared or she overhead, and then kept safe in an imaginary repository somewhere in her mind. After her family moved to Mozambique and lived under Portuguese colonial rule, Audrey began recalling these memories and drawing in charcoal from her mother’s stove on pavements and walls, while walking in and out of the city.

An academic and researcher, she follows the thread of stories, which lead her to the uncovering of conflicting histories. Audrey’s artwork traverses poetic text, painting, sculpture, drawing and altered photographs. It is characterised by a willingness to engage with complex historical events – looking for symbols, grappling with history, and altering documentation from institutions, museums and galleries.

Audrey holds a Fine Arts Degree from the School of Fine Arts, University of Lisbon, Portugal, and a PhD from Murdoch University, Perth where she lectures in Cultural Studies. 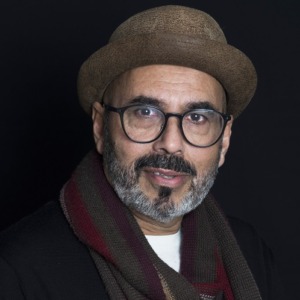 Arif Satar was born in the Island of Mozambique on the southeast coast of Africa. Growing up under Portuguese fascist and colonial rule his sense of identity was enmeshed with a feeling of otherness, although then he couldn’t quite articulate why or how. Today an investigation of his Indian-African-Arabic background is intrinsically embedded within his art practice, which draws upon on densities of heritage, memory, contemporary literature and history.

He works with printmaking, ceramics, the moving image and sculpture. Weaving across his work are references to the forms and materials encountered in childhood, from the majestic mosque minaret opposite his family home, to the missangas and capulana cloth sold in his parents’ little shopfront.

Arif holds an Environmental Science degree from Murdoch University, Perth, and has studied artmaking methods and materials, extending the tradition of ceramics that he learned at a young age. 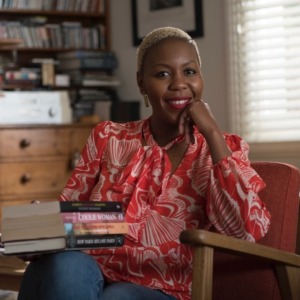 Sisonke Msimang is the author of Always Another Country:  A memoir of exile and home (2017) and The Resurrection of Winnie Mandela (2018). She is a South African writer whose work is focussed on race, gender and democracy. She has written for a range of international publications including the New York Times, the Washington Post, The Guardian, Newsweek, Bloomberg, and Al Jazeera. Sisonke has held fellowships at Yale University, the Aspen Institute and the Bellagio Centre. She is currently a fellow at the the WISER Institute, at the University of the Witswatersrand.