The family home is a symbol of family, community and safety. Approaching it through the metaphor of the desert island, a place of refuge and sovereignty but simultaneously entrapment, Strange highlights how fragile and unstable home is in the wake of the GFC and the ensuing American housing crisis.

Alongside the photographs, Strange presents a section of a now-demolished home from New Jersey and found artefacts collected at the intervention sites. ISLAND also features a major new site-specific installation based on an abstracted house framework. 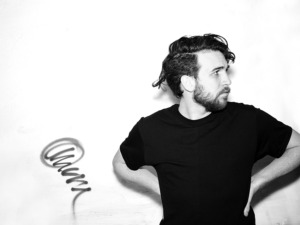 Strange rose to international prominence as a street artist in the early 2000s and has gone on to exhibit widely across Australia and overseas with solo exhibitions at Standard Practice, New York, the National Gallery of Victoria and the Canterbury Museum (NZ). His art practice has investigated the themes of home and suburbia for the past eight years and he was recently the subject of a six-part ABC documentary series HOME: The Art of Ian Strange.