Dylan and Carmen Ollivierre are The Money War, an esteemed songwriting duo from WA. Formed in 2016, The Money War’s success has seen them tour nationally with the likes of Meg Mac, Dope Lemon and Holy Holy. Neil Finn is a fan and even hand-picked them as his opening act on a recent Australian tour. In the lead up to this weekend’s Sunday Music, we caught up with Carmen to find out more about the band and what audiences can expect from this weekend’s gig.

Hi Carmen, can you tell us your introduction to music?

My dad tells me that he used to hold headphones up to my mum’s belly when I was in the womb, playing James Taylor to me. The JT thing continued throughout my entire childhood (some might call this indoctrination haha) and my dad used to play guitar to me as well. Surprisingly I still enjoy listening to his music! Dad started teaching me to play when I was about 12 and it went from there.

What has been your best gig/tour memory?

The whole tour that we did with Holy Holy in 2017 was awesome, it was our first time doing a really big support tour. We hired a van and drove for a lot of it. We drove from Hobart to Launceston and it was so beautiful, snow started to fall as we were driving! The shows were a lot of fun too and we played to some of the biggest crowds we’ve had – but overall it was incredible to see more of Aus that way.

You’ve just released your second album Morning People. What was the inspiration behind it?

The whole album was basically inspired by our son, Jack. We began writing for this album around the same time we found out we were going to be parents. Naturally, we ended up with an album full of songs that delve into the emotions and the change in perspective that came with it. We didn’t plan for it to be a themed album but we always write about things that are going on around us. Some songs are still very universal in their message. A lot of people just hear more love songs, which I guess some of them are, they’re just love songs for our baby.

Everyone has a FAC story. What’s your favourite Fremantle Arts Centre memory?

I played here with my old band Warning Birds, I think it was actually an EP launch night back in 2013, it was such a great night. It’s actually a super weird coincidence, we played on the 29th of November, which is the same date as this show! And, we’re playing alongside my old bandmate Sam Carmody from Warning Birds.

What can we expect from your Sunday Music gig?

We’re playing with our full band, as a 5-piece. We’ll be playing some of our old faves as well as a bunch of new songs from the album for the first time. It’s also gonna be the first time our boy Jack gets to see us perform, he’ll probably sleep through it (he’s 4 months old).

Want to find out more about The Money War?

Sunday Music is free and showcases the finest local musicians. Be sure to get down early as capacity is strictly limited. Sunday Music is possible thanks to the ongoing support of Bendigo Bank – Fremantle Community Bank Branch. 2020–21 is the twelfth year of the longstanding partnership. 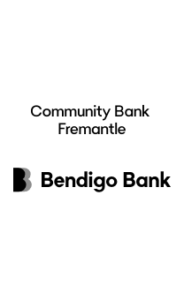 A Forest of Hooks and Nails