We recently caught up with Perth artist Tarryn Gill to find out more about her practice and the large-scale sculptures she’s been busy creating for the exhibition.

Hi Tarryn, are you able to tell us about your art practice?

I’ve been working as an artist since I graduated from Curtin Art School in 2001. For the first ten years, I worked predominantly in collaborations making photographs, films and performances. Since then I have focused on a solo studio-based practice and have been making mostly sculptural works. I also work occasionally in theatre as a designer.

Can you tell us about your works in Bodywork?

I’ve made two new series of works for Bodywork. Limber is a group of three soft sculptures originally inspired by trees in Java that left me in awe. The trees felt powerful in a matriarchal way and I related their limbs to my own. With the Bodywork show in mind, I began the Limber designs using shapes I used to make with my own body in calisthenics. I imagined them growing, becoming enormous, strong, and powerful. I wanted them to resist sexualisation with their uncanny scale and have them meet the eye of the viewer. I used the title Limber thinking about personal growth, having a supple and resilient quality of both the mind and body.

Show Girl is a smaller series of works which I’m calling ‘soft reliefs’ because they are wall-mounted sculptures made from foam and fabric in which the three-dimensional elements are raised from a flat base. They are a small collection of depictions of moments in cinema that shaped who I am today. They are all fondly rendered scenes from musicals & feature the performance of femininity – iconic figures that served as role models early in my life. They informed my aesthetic interests and fuelled my desire to become a performer. 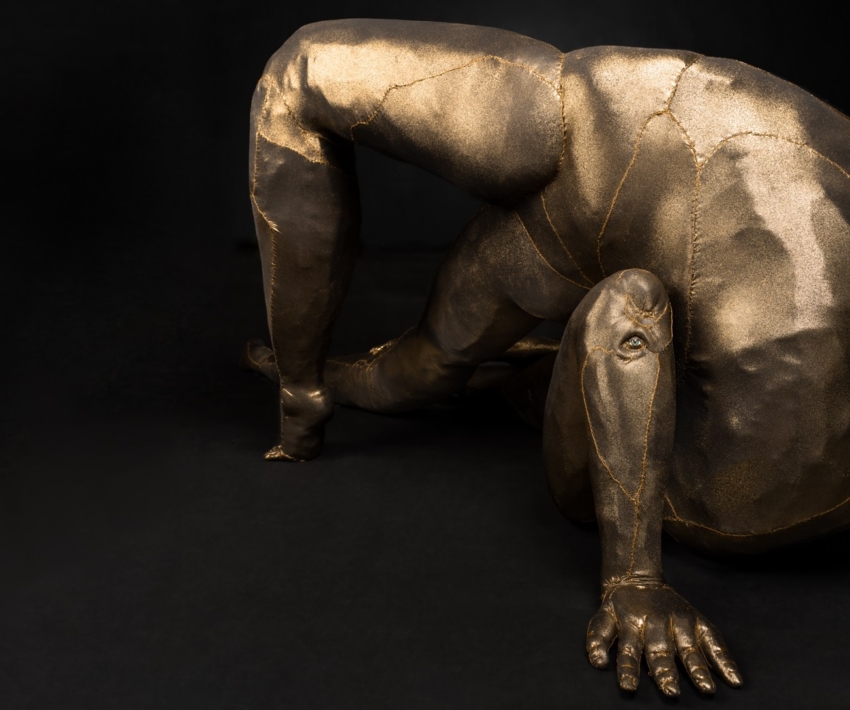 These are your largest works to date. What inspired the move into such large-scale sculpture?

I’ve wanted to make large scale works for some time because I’m interested in making experiential spaces for the audience – if you as a human can feel small it’s a way to experience awe. To make work of this scale you really need support. I am grateful to have been supported financially by DLGSC (Department of Local Government, Sport and Cultural Industries) to cover the materials and labour,  Erin Coates and Fremantle Arts Centre have given me the platform and a large space to exhibit work at this scale! Also, I am currently lucky enough to have a studio space big enough.

You hand-stitch and carve all your works. How long did each sculpture take you to make?

I’ve been working on these part-time since the beginning of 2020 – but I’d estimate the Limber sculptures took me around six weeks each in total. The hand-sewing process is slow and because of the scale it takes a lot of physical energy to get around them – at times I was sewing up a step ladder or sewing laying on my back underneath them. It felt like I was definitely pushing the limits of what my body can do!

You use sparkly materials commonly used in dance and theatre costumes – what draws you to those?

I have loved musicals and musical theatre since I was very young and I performed in calisthenics for 20 years – from when I was 5-25. The costumes we wore were a huge part of the excitement for me and when I began making soft sculptures, I cut up some of my old costumes to make them. I have found these materials which are usually dismissed as ‘girly’ or ‘infantile’ can be taken out of context to create works that are darkly powerful.

Tell us about your interest in the uncanny female body.

I’m interested in the way the uncanny is a short-cut to the unconscious and I’ve been thinking about the female uncanny body as a way to evoke narratives around personal change and transformation.

How many limbs and eyeballs feature in your Limber sculptures in Bodywork?

Five eyeballs and 17 limbs (I think!) 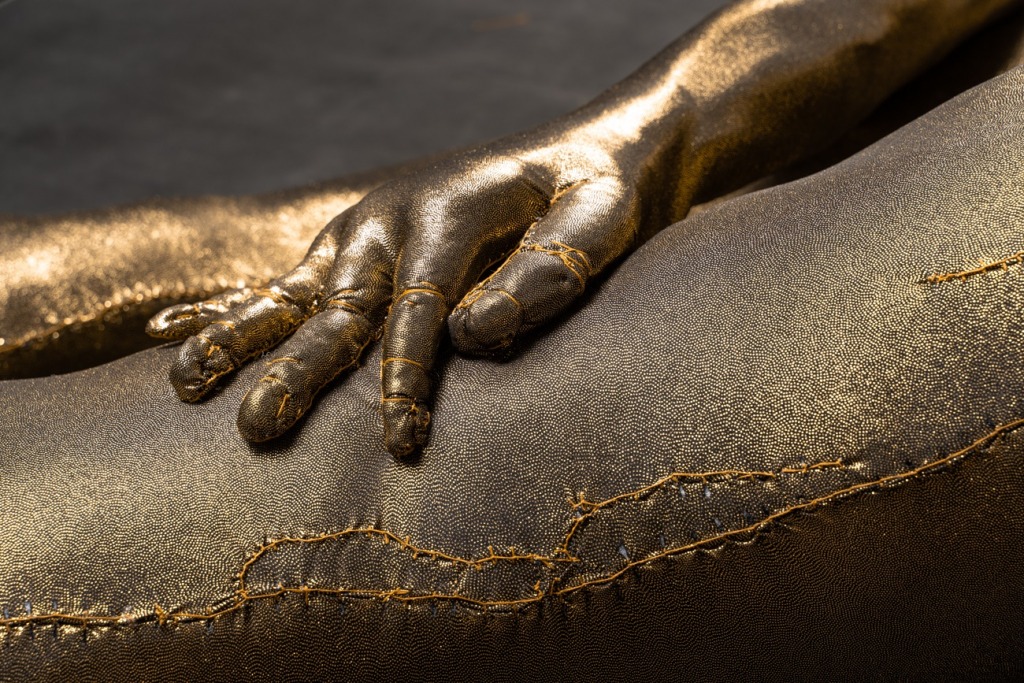 RSVP to attend the opening and find out more about the exhibition.