Sherry Paddon is a multi-disciplinary artist based in Perth. Her practice focuses on sculpture, collage, installation and photography to explore themes such as memory, the landscape, cultural heritage and overconsumption. Currently an Artist in Residence, we recently caught up with Sherry to find out what she’s been creating over the last couple of months.

Hi Sherry. Can you tell us about yourself and your practice?

I’m a Perth-based multidisciplinary artist who enjoys making sculptures and taking photos. I am of Filipino / Australian heritage and I grew up in country WA in the South Hedland area (Ngarda Ngarli Yarndu) and Mid-west (Yamaji Country).  In 2003 I completed a Bachelor of Art at Curtin University then did a year of museum studies. After that, I went over to Melbourne for a three-week internship and didn’t come back for nine years with the exception of the odd Christmas!

In Melbourne, I worked in the arts and participated in exhibitions in artist-run spaces, commercial spaces, and public galleries locally, interstate, and overseas. I also completed a Graduate Diploma in teaching so I could teach art in schools. I undertook a residency in the Philippines in 2013 and after living in Manila for almost a year I decided it was time to relocate back to Perth.

Although I trained as a sculptor and most of my earlier work is sculpture and installation-based, I decided to move towards a more photo media-based practice at the start of last year. I have been finding that my photos are quite sculptural, I do focus on composition and the process in which I compose is like an assemblage, or a collage, of sorts. 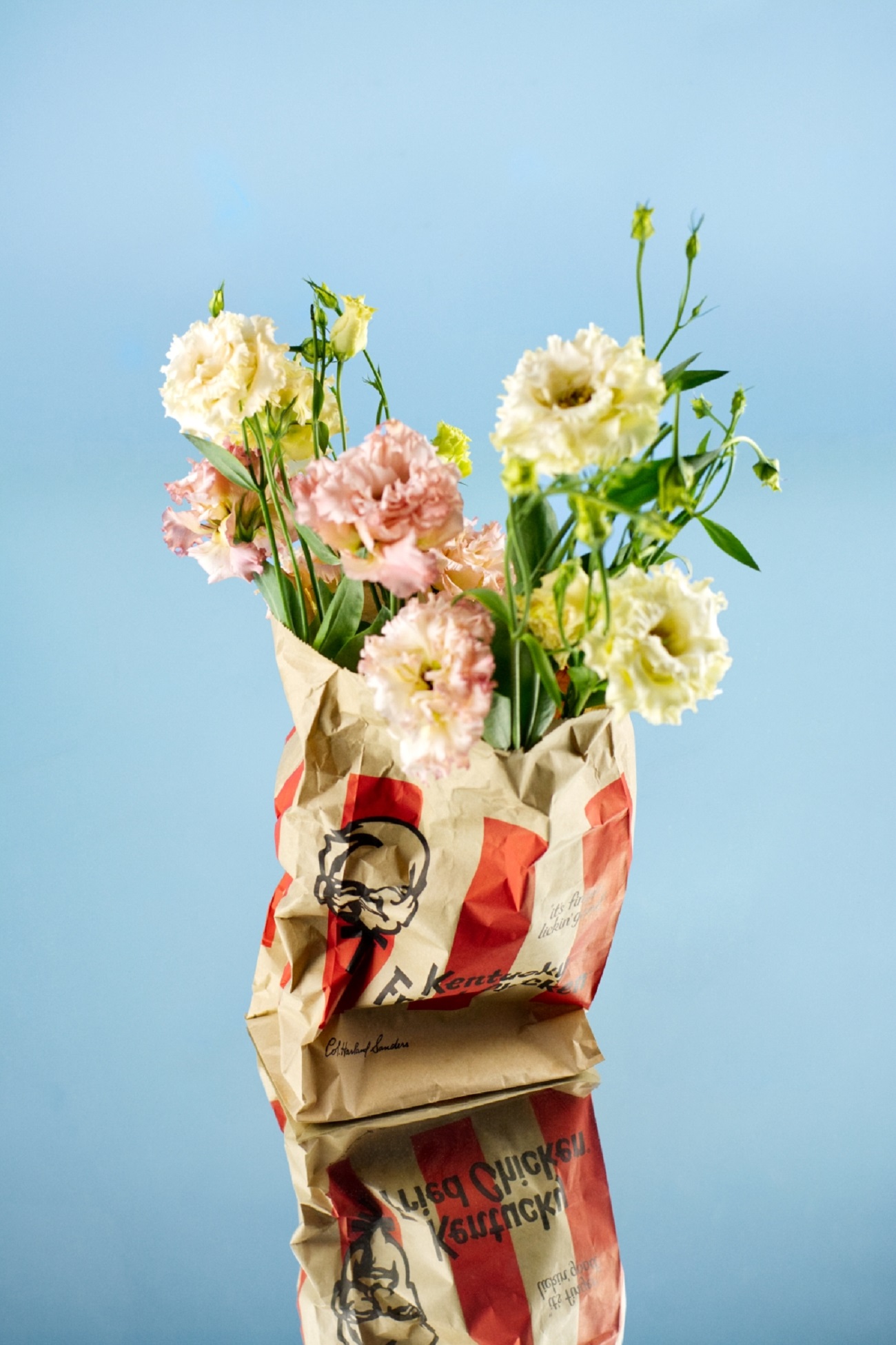 Tell us about the photoshoots you’ve done during your FAC residency.

I started a few still life photoshoots during my first residency here last year. These were influenced by 80s aesthetics, photos and advertisements in home decor magazines from the 70s and 80s. The arrangements represent fragments of memories of family DIY home-decorating from that era. I’ve included branded, packaged foods as I feel like that was so prominent in my childhood. When I was in Manila, I was bombarded with brands and advertisements. Having branded foreign foods at home is almost like a status symbol, chocolate, for example, is ridiculously expensive to buy locally. According to my family – it may give the impression to others that you have wealth in the form of Overseas Filipino Workers (OFWs) living overseas. So I’ve been continuing those since I’ve been here, as well as organising portrait shoots here and at other locations around Perth with local actors. I started off referencing narrative-based photography and old product advertisements, looking at aspiration and our emotional connection to objects and brands.

Sherry Paddon, The Weight of All Things. Image courtesy the artist

What the best part of being an Artist In Residence at Fremantle Arts Centre?

I have really enjoyed being an artist in residence at FAC. I actually moved out in January then asked to come back as I couldn’t keep away! I have enjoyed the freedom it has given me, being able to work at my own pace and not be tied to any outcomes. The ‘no pressure’ I feel has helped me to create some of my best work and develop a motivated work ethic. Plus – everyone is friendly and accommodating. I like bringing my six-year-old daughter into the studio, and I like having coffee outside in the dappled shade.

I’m currently working on a piece for the Joondalup Invitation Art Prize in October. After that, I’ll be starting a new project about a girl’s coming-of-age tradition from the Philippines which is actually also practiced here. I hope to work directly with the local Filipino community, starting off as a mix of photography and recordings which will then lead to some new work.