Maruku Arts meaning ‘belonging to black’ is owned and operated by Anangu people from the Western and Central Deserts of Australia. As one of the largest art centres, approximately 900 Anangu artists are part of the collective. Artists at Maruku are particularly well known for their punu (living wood) – expertly carved wooden objects. Maruku aims to share knowledge with future generations of artists and make culture accessible in an authentic way for those that seek a more in-depth understanding. Traditional punu-making has been passed down from generation to generation for thousands of years. Punu are not made only as artefacts, but as living expressions of Country.

For the Revealed Exhibition, a group of Minyma Yarnangu women from the Pitjantjatjara and Ngaanyatjarra speaking Western Desert area handcrafted sleek and contemporary wooden objects. A selection of wana (digging sticks) have been created to showcase tools of old that were traditionally used in the time before the invasion of Aboriginal land. These works showcase simple and sophisticated use of materials, textures, and mark-making.

Alongside wana, a series bowls known as of piti, wiras and mimpus form part of the art centre’s Revealed offering. These bowls revive old traditions. Their shape responds to the structure of the wood and the marks reflect forms and patterns found in nature. With the arrival of white people and the cattle industry, fencing wire entered the Anangu world and was used to decorate wood carvings, giving bowls and other works ever since. Details which were previously drawn in the sand or painted on rocks or bodies are now burnt into the wood’s surface. 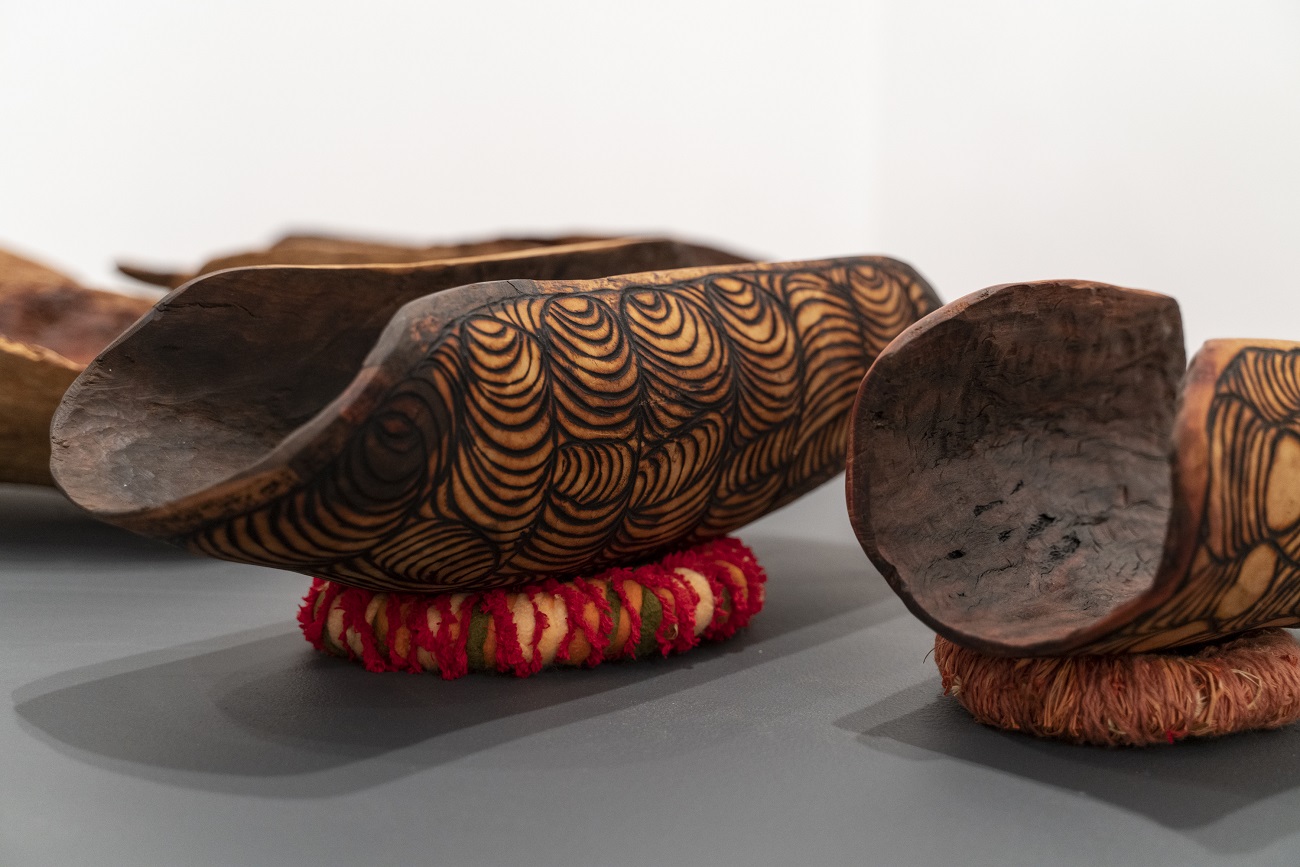 View all of the Maruku Arts works and the full Revealed Exhibition at FAC until Sunday 26 July. Free entry