Local artist Sam Bloor has hand painted a series of playful and ambiguous works for The Billboard Project, part of Fremantle Biennale UNDERCURRENT 19. We caught up with Sam to discuss the project and why he loves making work that exists in public space.

Tell us about The Billboard Project – what is it?

The Billboard Project is a series of large scale text-based artworks that will be installed on (or near) the exteriors of some of Fremantle’s most notable cultural places. The project is about creating a series of works that act as an invitation to ‘step inside’ these spaces to encourage visitors to Freo to soak in all of the brilliant arts and culture that the city has to offer. With this work, I’m  particularly interested in connecting to the audience outside the gallery.

There’s a deliberate ambiguity to your billboard phrases – what are you hoping people get out of the project?

Warmth, encouragement and a sparked sense of curiosity. The phrases have been intentionally chosen to walk the line between a personal sentiment and a reflection on the spaces they are installed upon. It’s that mix of feeling and thinking that I like in an artwork.

You’re hand painting all of these billboards – why was it important to you to do that?

I come from a sign writing background, so I’m predisposed to a love and appreciation of hand painted lettering in urban environments. I think traces of the human touch in things like signs, decor and furniture emphasise that element of care and consideration, that then exists in  that object forever. It’s nice to look a little closer and see that a line isn’t computer printed, to trace the brush marks, and to think about how it was created. Steve Powers (also known as ESPO – an American sign writer and artist) has a great line; “Perfection is standard, mistakes cost extra”. 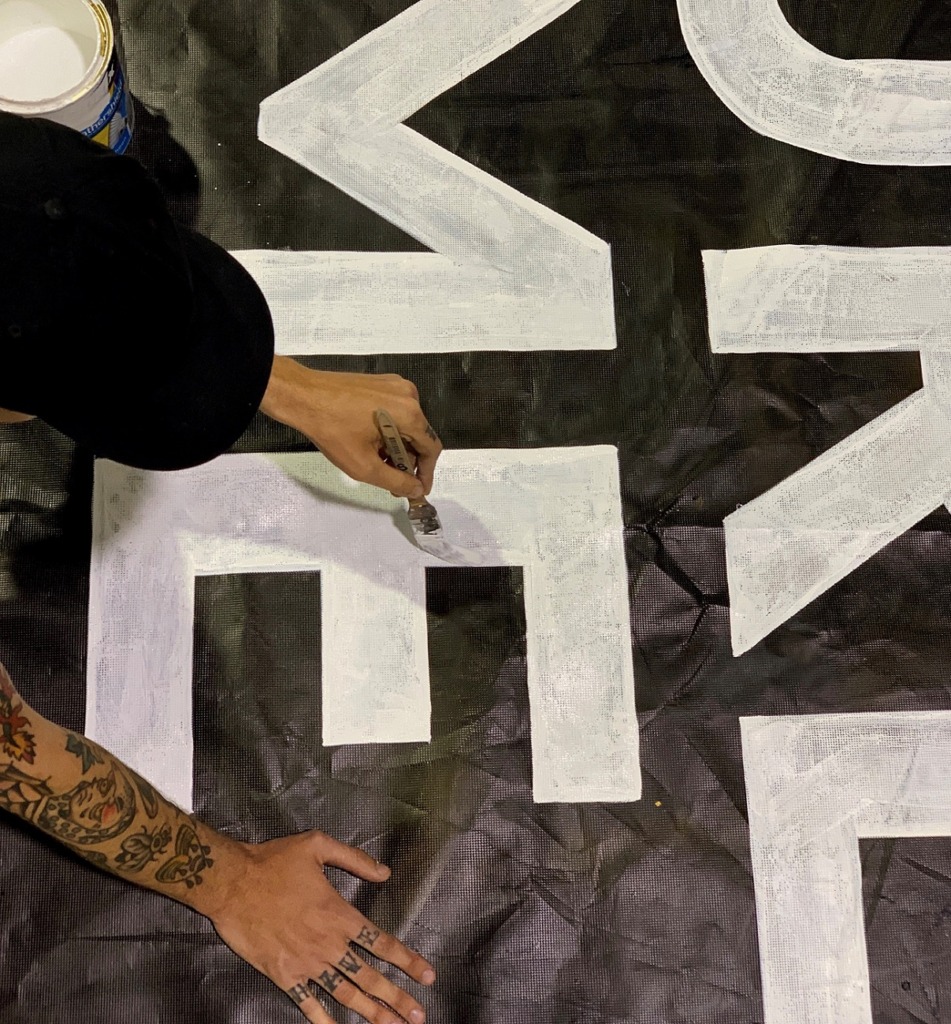 As well as Fremantle Arts Centre, where else can people find your works?

The works will be woven through the city appearing at different cultural sites including; PS Art Space, Old Customs House, Fremantle Library and around the port at Victoria Quay.  There will also be a installation at the rockface entry to Fremantle (by the traffic bridge) for two weeks during the Beinnale.

Do you think taking an artist’s work out of the gallery in this way changes people experience/perception of it? Is that part of the project’s impetus?

That’s definitely part of the project. I’m interested in making work that exists in public space. We are already predisposed to reading advertising through billboards and banners, but these ad messages are selling to you – often by telling you about something you’re lacking – like the latest car or phone.

I want to use the works in The Billboard Project to remind people how cultural spaces give rather than take. I want to present a genuine warmth and humanity that the usual sales messaging lacks.

Whether or not there is a perception about the perceived value of art inside vs. outside a gallery – I’m mainly interested in sparking the curiosity of passers-by to explore and engage with our cultural spaces during the Fremantle Biennale.

The intention is for this work to sit alongside, not in competition with, the work inside the galleries which will (hopefully!) further expand the overall experience of the Biennale.