Deborah Kelly is a Melbourne-born, Sydney-based artist whose works have been shown around Australia, and in the Biennales of Singapore, Sydney, Thessaloniki, TarraWarra and Venice.

In 2017 her first international solo exhibition, Venus Envy, was shown at the Kvindemuseet in Denmark. In 2018 her second one-person European show, Life in the Ruins, was held at the Fabian & Claude Walter Galerie in Zurich, curated by Daniel Blochwitz.

Deborah Kelly’s projects across media are concerned with lineages of representation, politics and history in public exchange, and practices of collectivity on small and large scale. 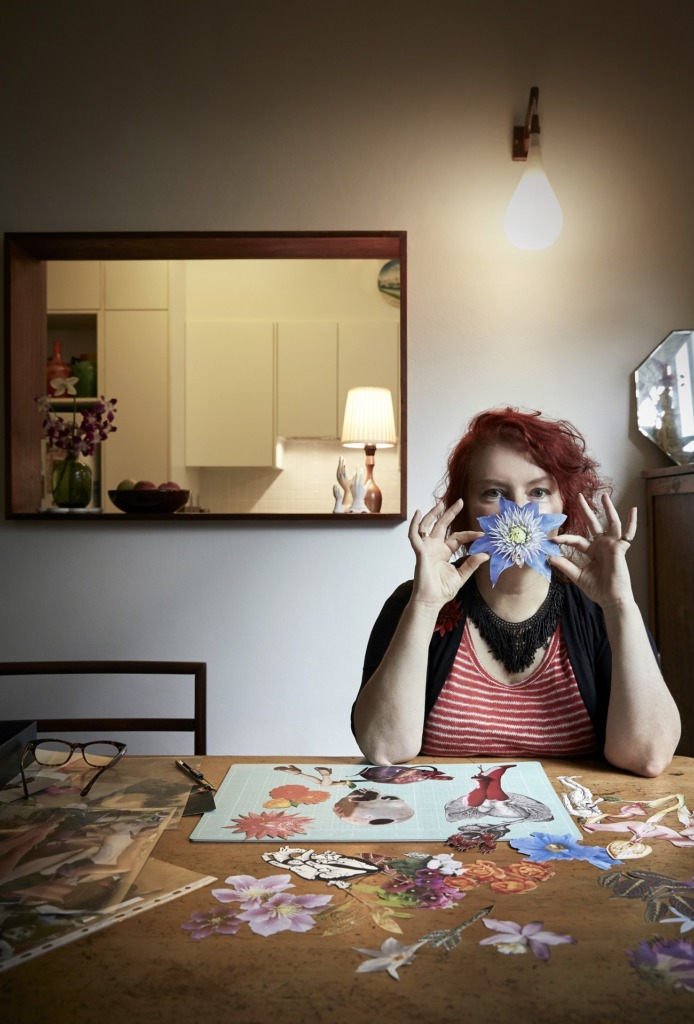 Why did you enter the FAC Print Award?

I am obsessed with the printed trace of obsolete and poisonous histories, especially those representing and underpinning the authority of straight white males over all other life forms. I have spent years collecting discarded books of western (men’s) art history, cutting free the trapped female figures, and proposing glorious new destinies for their naked rebellions.

I have been in the FAC Print Award before. I entered because it’s such a conceptually bold and well-regarded award, and of course the prize money would support my impractical life as an artist.

Tell us about your work in this year’s prize.

My work, Venus Envy, is based on Boucher’s porny paintings of the child Marie-Louise O’Murphy, with which she was being pimped out to King Louis XIV of France. Using seven different reproductions of the paintings from a variety of popular volumes of ‘art history’, I’m foregrounding the wild variations in scale, colour fidelity and print quality to destabilise those histories’ claims to authority and to the production of meaning. My collage suggests an entirely different intention for the figure’s pose, and speculates on her ardent, curious autonomy. It’s printed on metal to add permanence and material intensity to my wilful speculation.

What do you think about the state of contemporary Australian printmaking?

The Wellcome Trust in London has acquired the huge work I instigated for the 2014 Biennale of Sydney, No Human Being Is Illegal (in all our glory). It’s 20 life-sized collage-portraits on which a hundred people worked together as powerful creative collaborators. The Trust has commissioned one more portrait for the suite, so I will be spending a month in London conducting a public workshop-based project.