Meet Erin Coates. Erin is a massive part of our exhibitions team and an artist in her own right. As our Special Projects Coordinator, not only does she curate, install and manage unbelievably large art projects – she also has a passion for climbing public art sculptures across the globe. We got the inside scoop on what drives her ahead of her upcoming exhibition Open Water opening at Moana Project Space on Friday 7 July.

Tell us about your practice. How did you first discover art and where has it taken you?

I’ve been an artist for as long as I can remember, although I don’t think I fit the category of a conventional studio-based practitioner. For me being an artist has also meant curating both in and outside of conventional gallery spaces, being a creative producer, gaining funding and also writing about art. Making art has always involved others and I often collaborate with specialists from other fields, including engineers, architects, sound artists, drone pilots and scuba divers to create my drawings, screen-based works and installations. 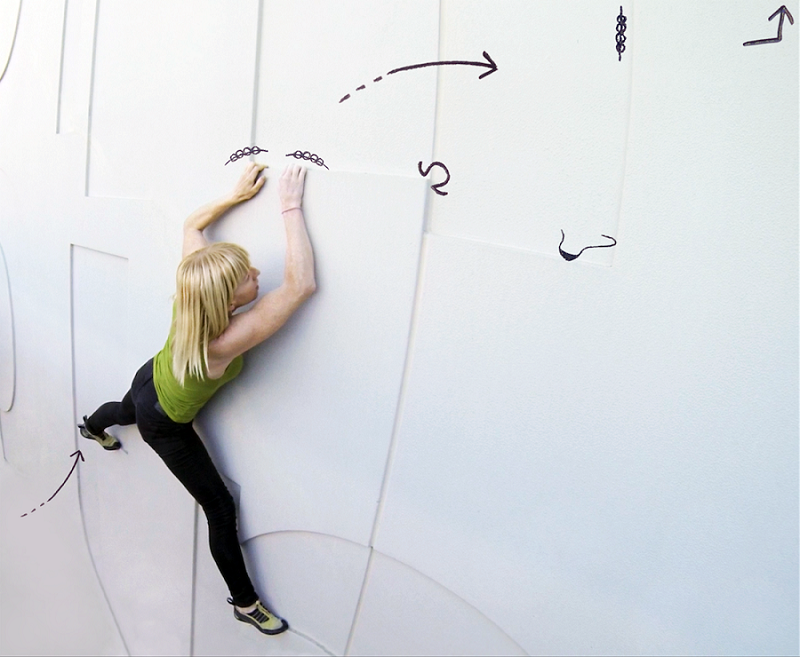 You’ve been a beloved member of the gallery team at Fremantle Arts Centre for the past eight years, working as a gallery attendant, exhibition coordinator, acting curator and most recently in the brand new role of Special Projects Coordinator. What’s this journey been like?

Being a part of the Fremantle Arts Centre team has been pretty incredible and I feel privileged to work in such an amazing organisation! FAC has allowed me to develop my career as an art coordinator, producer and curator, as well as supported my creative practice. It’s exciting to work on such a diverse and high calibre program of exhibitions and be a part of the programing. It’s hard to pin down exactly how it has influenced my artistic practice but without a doubt it has.

Your work is often bodily, from the grotesque-horror themes you’ve drawn on for your upcoming show with Moana Project Space to your combined art and climbing practice. What is it about the body and its fragile physicality that makes it such a fascinating art subject?

I think art is always trying to articulate something of the human condition, and our experience of the world is constantly mediated through our bodies. I’m interested this corporeal perspective, and even though I work across diverse ideas, I’m always concerned with how we interact with the world in this inescapably bodily way. I guess it’s slightly perverse but I enjoy amplifying elements of this to reveal our thresholds, and relationships to things.

I’m also really drawn to filmic representations of the sublime and how a sense of awe, beauty and utter terror can all exist in one moment. I guess that’s what I’m ultimately striving to capture when I make art. There are other reasons as well for my constant return to the ‘bodily’, like my background as a rock climber, my love of horror films and my interest in uncovering grisly local histories. 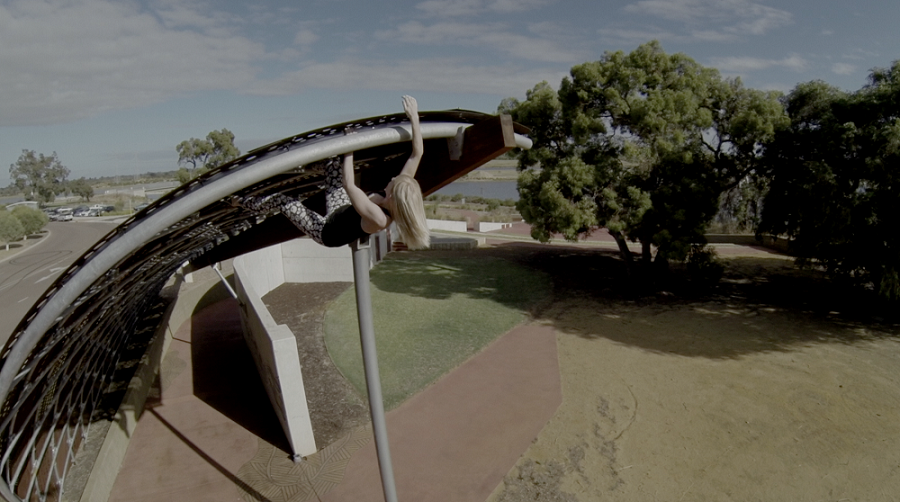 A brutal 1965 whaling accident inspired your upcoming exhibition Open Water: The Offering. How did you first come across this tale and where have you taken it in your show?

I grew up in Albany and my family has a long history of sea faring. My dad was a professional shell diver and we had lots of relics from wrecks, whale teeth and other marine curios in the house, so I’ve been surrounded by objects and stories from the ocean for a long time. The last commercial whaling station to close in Australia was in Albany, and although it was an indisputably unsustainable activity that had to end, I was still fascinated with the stories of people who worked on the whale chasers. They had a lot of knowledge about whales and a surprising amount of reverence for them.

For the show, I worked with another artist Anna Nazzari to research some of the stories and superstitions connected to whaling, as well as the waning art of scrimshaw – incising onto whale tooth. The work we’ve made as a result explores divergent narratives to the kind of heroic imagery that has typically been used to depict whaling. We’ve extended this into several film works that combine the unlikely genres of nature documentary with a kind of magic realist and phantasmagoric storytelling. We’re trying to find a unique lens to look at the history of whaling, as well as the incredible richness of local marine ecosystems. 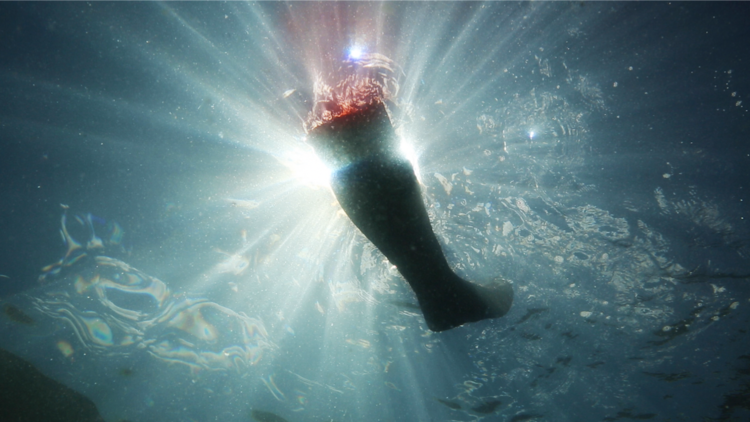 You’ve exhibited internationally, travelled across the globe and worked with legendary artists in some of Australia’s most remote Aboriginal communities. Hands down – what’s one of the most memorable things that’s ever happened to you?

That’s a really hard one to answer! Being with a group of senior Martu women in a place near Kunawarratji in the Western Desert was pretty special. It was a significant site for women only, and when we got there the Martu begun singing and performing the announcements required to enter this place.

Another really memorable experience in the Australian desert was rolling my car out in the middle of nowhere when I was a young and silly art student. It was very hot, we were on a dirt track and had no way of contacting anyone. I was with this French exchange student and we both thought we were going to die. We eventually got picked up by – believe it or not – a French tourist who was completely lost and we all ended up in a small mining town that had a male stripper troupe in town. It felt like a scene out of Wake In Fright. I think that experience has shaped my obsession with the Australian Gothic, and my tendency to be extremely well prepared when I travel.

I’m working on a new set of drawings and a film work for a couple of shows later this year – the John Stringer Prize, and also Sounding Art at PS Art Space. The latter is a series of commissions by Decibel New Music Ensemble, who have asked artists to create artworks that will act as visual scores for compositions Decibel will create and perform during the show. I’m pretty excited about this one! I may also have my first public art commission coming up. I already know it’s going to be a big learning curve. 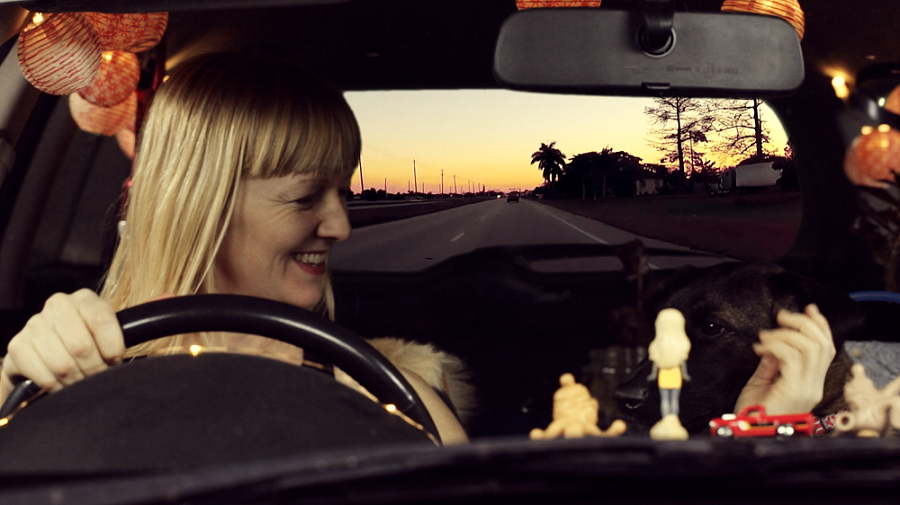