Taiwanese artist Alice Lin has always had a fascination with native flora and fauna. She’s currently our Asialink Artist in Residence and has been creating whimsical sculptures based on well-known Australian animals. Her playful ceramics re-imagine real-life animals, adding new features to create strange and beautiful hybrids. We chatted to Alice ahead of her exhibition Muah! opening on Sunday 7 May.

Tell us about your art practice and how you first discovered ceramics.

I studied art at Tainan National University of the Arts from when I was 18, then I did my Masters of Fine Arts and finished that last year. In my BA we learnt everything, not only ceramics but all art forms. Then in third year we got to choose the material we wanted so I chose ceramics. It’s so flexible! You can make something out of anything, like wood and metal.

Your work is playfully surreal, filled with absurd, fantastical creatures. How do you come up with your unique ceramic animals?

I love animals and plants. The first time I came to Australia was three years ago and I saw many different creatures. It made me think more about myself and the way we all interact with the world. I saw koalas, kangaroos, many birds and lots of parrots. I have a parrot at home called Golden Flower. When I see an animal like a bird or a seagull, I think about the kind of personality they have and match those parts of my personality and try to think of a story about it to transform it into something else.

One of the reasons you wanted to come to Australia was to meet our marsupials after first seeing them on the Discovery Channel. What was it about them that inspired your visit? Have you managed to see any since you arrived?

I saw kangaroos on the television and I felt they were so interesting. The mum and the baby stay in the same body, they are like one but they are two. I’d not seen animals like that before. Sometimes I imagine animals that might exist but we don’t know them or can’t find them. I feel like that about kangaroos, that they’ve been imagined. 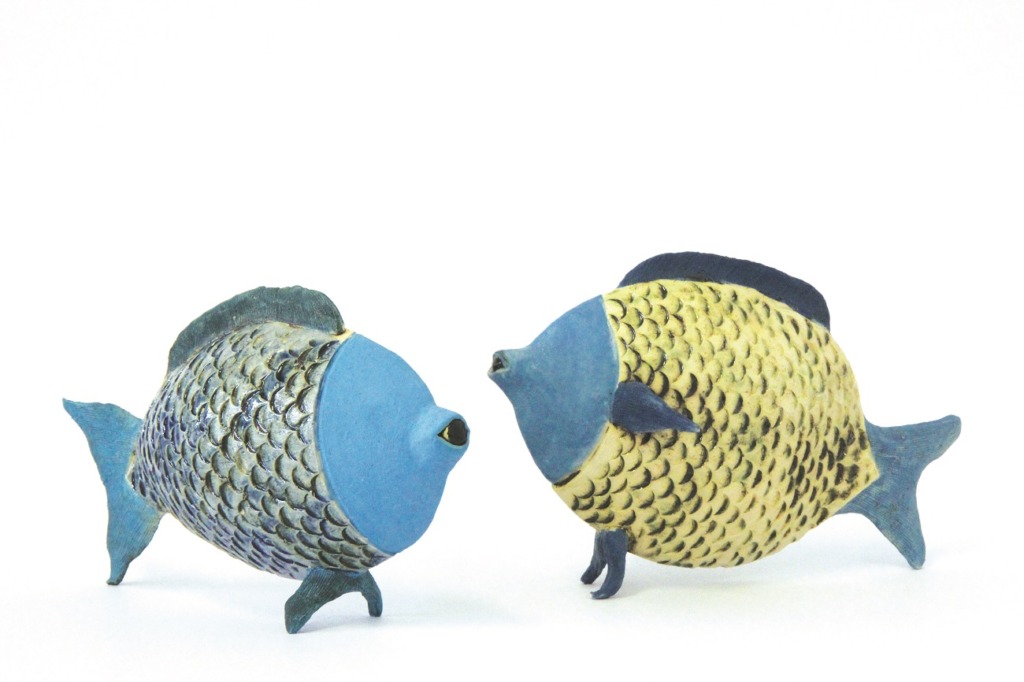 You’ve been in residence at Fremantle Arts Centre since February, working on your upcoming exhibition Muah! What’s the experience been like?

It’s really fun. When I got here and I saw the environment and also Fremantle city, I thought it’s so beautiful. I feel so lucky. People have been very friendly and very kind. I’ve gone down to Margaret River, Penguin Island and Rottnest Island. The first time I saw the quokkas I just wanted to touch them! But for people there they feel so normal, they’re like a dog or pet to them. They always smile. They call them the happiest animal in the world because when you take a photo their face is always smiling. I saw them on the internet before I came. So cute!

In Margaret River I saw a stingray just near the coast. They’re so big! I saw many dolphins too, even just near the harbour. In Taiwan we have mostly birds and deer. On Orchid Island we have goats, more goats than people. I like that in Australia humans respect animals very much. It’s not like this in Taiwan, but we are working on it.

For Muah! you’ve drawn from our local flora and fauna to create imaginative hybrids of some of Australia’s most well-known animals. Tell us about these new creatures that you’ve made and the animals that inspired them.

I made my deer with two heads because I always worry about being careful and watching out for things around me. In our culture if you see an animal with two heads it’s unlucky, like the snake with two heads, but for my deer I feel that he is pure and worries a lot. I don’t want people to know what kind of animal my sculptures are straight away, I want them to imagine. So I try to make something always slightly different. My deer has a really fat tail so people might think it’s like a deer or maybe more like a dog.

I saw an echidna and it made me think of myself also. Sometimes I want to get close to people but I worry, and am too self-protective. When I came here I felt too happy so I made an echidna with a smiling face. It’s like my pet. My creatures make me really happy, that’s why I called my exhibition Muah! like a kiss. I can’t stay in Australia forever but my creatures can. That’s another reason why I don’t want to take them back to Taiwan, because they are born here.

I will be looking for another residency program in Australia or New Zealand to see more wildlife and to turn them into my artwork. I’ve always wanted to go to New Zealand!