News Artist Claire Robertson on growing up in a mining camp

Melbourne-based video artist Claire Robertson returns to the remains of the temporary Pilbara mining camp that she and her family called home during the 1980s in her upcoming exhibition Far From Here. Drawing on colonial narratives and following the collapse of the Australian mining boom, Claire has created a haunting installation of cinematic proportions. Shot on-site, she’s captured the uninhabited demountable villages as they sit in stark contrast to the vast, endless horizon. Claire gave us an insider’s take on life in a mining camp ahead of the exhibition opening on Friday 26 May.

You had a really unusual childhood, growing up in a Pilbara mining camp. What was it like for you as a kid?

I was quite young when we lived on-site at a gold mine in the Pilbara Region. Dad was the manager and our family of five lived in a two bedroom donga. I think as kids we were happy. There were other kids living there at different times and we had a poodle. It was mostly men and there was a lot of drinking but all in all it was like a small community, one with its own dark secrets but a community of sorts. Dad wanted to start a caravan park on-site but got into trouble from the mining company. They said that it wouldn’t look good to shareholders. So I guess our experience of living on-site was pretty different to the fly-in, fly-out of today. 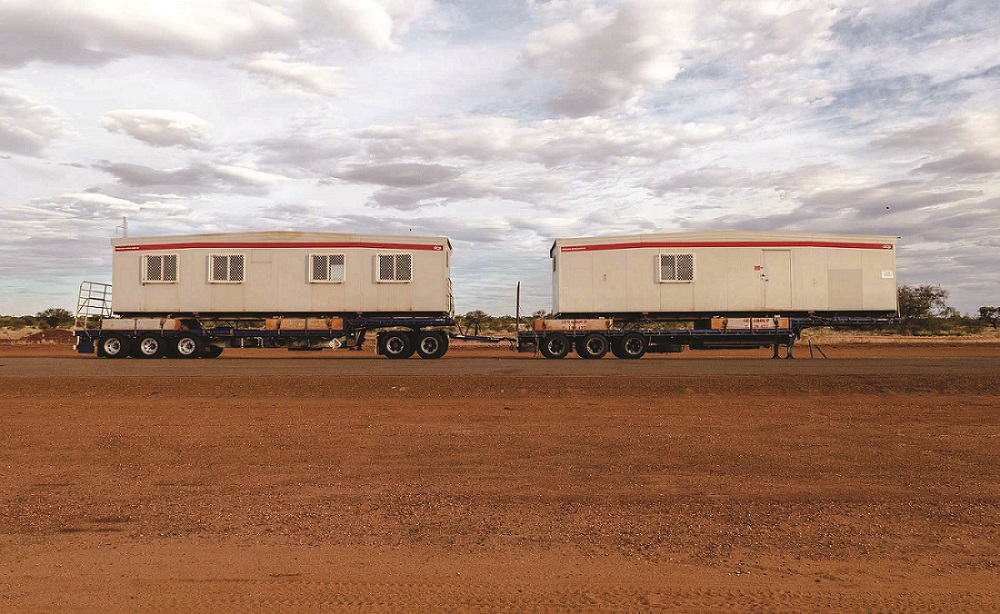 Claire Robertson, Far From Here, 2016, still from video. Image courtesy of the artist

How do you reconcile a place that was your childhood home next to the empty, industrialised mining camps that remain?

As a child we moved from mining camp to mining camp and when we finally stopped and settled it was my father who kept travelling and moving, coming home for what felt like moments in his fly-in fly-out routine.

I went back to the camp where we used to live as part of my research for Far From Here. On my first trip back, I took my mum with me. It was quite an emotional experience for her. Life was not always easy for her living on-site. Every day at sunrise my mum would go running. It was her only escape from us, from the isolation of being one of few women on-site and the only one without a job on the mine. That landscape symbolised a lot for her. She would run past the lone grave of a woman who died from heat exhaustion on her trip out to meet her husband from Europe in the 1800s. As we entered the gates she tearily whispered “I never thought I would come back here”.

We visited the location of a nearby mining camp that we used to come to for football games or other events. It was gone, just a few broken slabs of concrete, flattened and faded beer cans and hidden scraps of metal amongst the spinifex. The roads were slowly fading as the bitumen gradually washed away. This feeling of abandonment felt ever present, like a visual depiction of the fall of the mining boom. But the deeper I looked, the more I realised that we were never really there. We were only ever visiting. 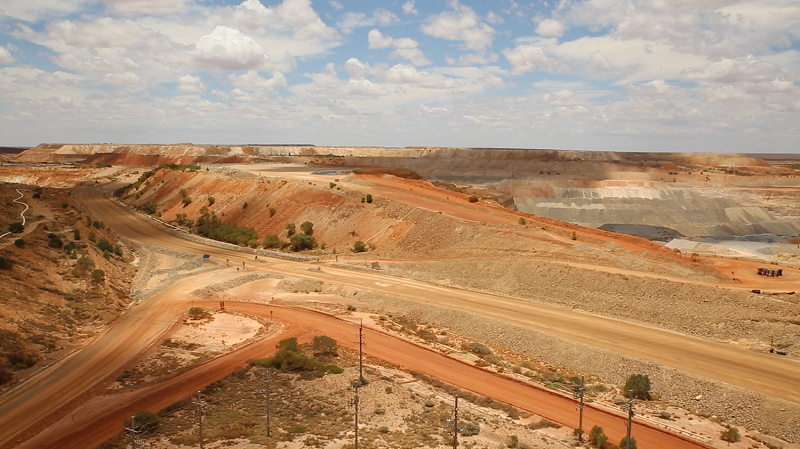 Claire Robertson, Far From Here, 2016, still from video. Image courtesy of the artist

How does the stark desert landscape sit alongside these industrial villages?

As part of my research I went and stayed on a functioning fly-in fly-out mining camp for a few days where I followed different workers in their everyday duties. The workers’ accommodation where I stayed was reminiscent of a cheap roadside motel. The windows were barred and small and if you closed the blackout curtains, you could be almost anywhere. The structures close out the landscape. They are not intended to encourage connection to place. After all within a year or so they will disappear, leaving only scars on the hills. It’s a strange contradiction to the tourist glamping in Karijini National Park nearby. Tourists are directed along strict paths to lookout points, perfect for postcard shots.

For many of us who are new to this land, we experience the landscape at a distance. We haven’t moved on from the thinking of our colonising ancestors. You only have to look at Australian cinemas’ depiction of the outback in films like Wake in Fright. I say many of us because I don’t want to generalise. I stayed on a cattle station where the landscape was not just under the nails but in the very heart and core of the people who lived and worked there.

While I was developing this work I was in conversation with Clothilde Bulleen, who wrote an accompanying essay for the show. I was talking about the way we inhabit nature. She kindly reminded me of my misunderstanding. We don’t inhabit nature, we are nature. We aren’t in the landscape, we are part of the landscape. We feature momentarily in its life but we are not separate. Throughout history filmmakers have used the natural landscape as a metaphor for emotional space. It is this internal landscape or landscape of the mind that I often explore within my work.