News Before the Siren with Lara Thoms

Part half-time show, part community parade – Before the Siren is a celebration of the inaugural AFL women’s competition, girl gangs, women’s teams and their fans on Sunday 19 February at Fremantle Oval. Commissioned by Perth International Arts Festival, Melbourne artist Lara Thoms and Perth art duo Snapcat have been working on-site at Fremantle Arts Centre to create this footy frenzy. We caught up with Lara ahead of the show.

Tell us about Before the Siren. What can we expect to see on the day?

Before the Siren celebrates many diverse teams of women at a time when the AFL professional women’s league has just begun. We’re working with girl guides, activists and feminist groups to make banners and placards about the politics and social comradery that happens within these groups.

The day will be a cross between a half-time show and community parade with commentary from Melbourne comedian Hannah Gadsby and I. We’ve got heaps of community groups involved, with the Girl Guides, Embroiderers’ Guild of WA, Red Hatters, Shirley Club, Butler Falcons and Perth Roller Derby coming down. We’ve also been working with all the groups and a sound designer to create an anthem that will be sung by Indigenous singer Gina Williams.

What’s the concept behind the show?

We wanted to turn the masculine tropes of football on their head, centring them around this new place for women in that world and acknowledging that women have been gathering for hundreds of years. It’s only now that they’re allowed to be on the field professionally so it’s a reason for celebration but also one that’s really overdue.

For me, the crossover of feminism is really important. We’ve been working with activist groups and with groups that aren’t necessarily wearing feminism on their sleeves. Like the Girl Guides whose ethos is that girls are strong and powerful and tough and can do anything in the great outdoors. It’s been really exciting working with them and working out what feminist message they want to put forward.

We’ve also looked at the way women exist in public space, particularly the visibility of older women. There are some great groups like the Red Hatters who are all about being old and bold in public who’ll be part of the parade. 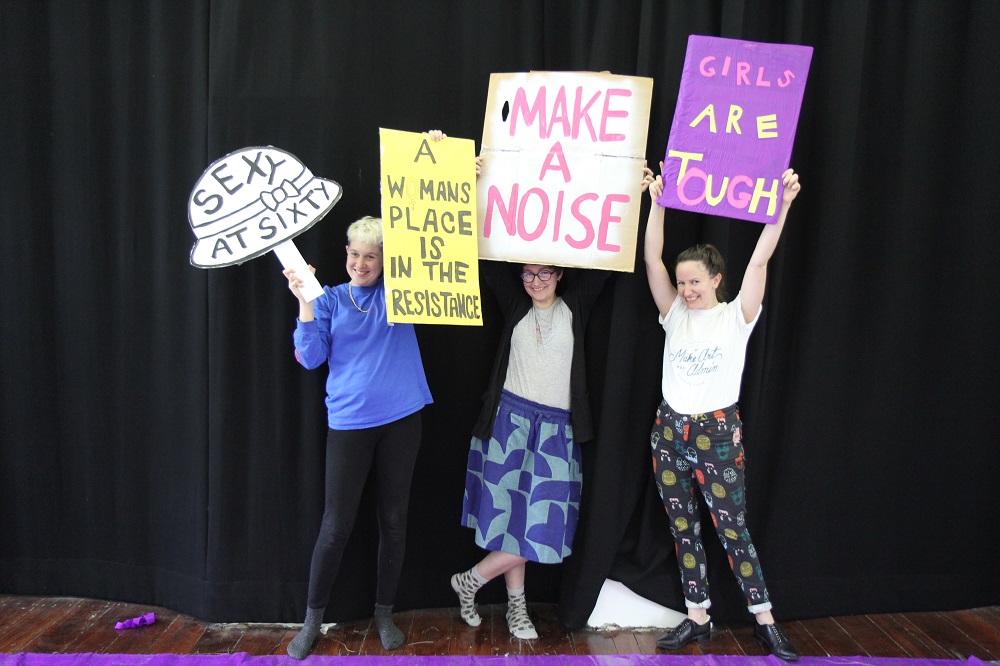 How do men fit into the celebrations?

We wanted to involve men but not place them at the centre of things so there’ll be men be in positions that women are often in at sporting events. We’ll have a men’s bake sale and a men’s cheerleading squad. It’s actually been surprisingly easy to recruit men for these roles!

How does Before the Siren fit into your arts practice?

I mostly work with people beyond the arts – looking at what’s happening in the world and putting that into an artistic context but often things are already very creative or very close to art that they don’t need to be shaped in a severe way. For example there’s a butcher that makes purple sausages for the Dockers and to me that’s like beautiful artwork.

Before the Siren will be held on 6pm, Sunday 19 February at Fremantle Oval.