News Before the Siren with Anna Dunnill

Fifty women sing in full voice, nodding their heads in time. On the tables are the remnants of a pub feast and crumpled wrapping paper. It’s the Christmas party for the Shirley Club, an international organisation with hundreds of Australian members, all of whom are called Shirley.

Lara, Renae and I are lucky enough to be invited – a rare honour not usually accorded to ‘non-Shirleys’.

‘Don’t bother asking for Shirl,’ we’re told on the phone beforehand, ‘that’ll get you nowhere.’ To lessen this confusion, each member wears a Shirley Club badge with their surname and membership number. There are 500 Australian members, but the club started here in WA. With a slogan of ‘Fun, Food & Friendship’, it aims to connect women of a similar age who, due to retirement, grown-up families and shrinking social circles, may find themselves in need of company. And jolly good company they are.

Popularised by child star Shirley Temple, the name has since fallen out of fashion and so the Shirleys tend towards the elderly. Many original members are now in nursing homes or too frail to attend club meetings. The Shirley Club website often features memorials to Shirleys recently passed away.

‘My husband’s over there,’ Shirley #3 tells me, pointing to another room. An elderly man sits quietly by himself, nursing a beer. ‘He’ll drive me home after’.

The Shirley Club is one of ten ‘girl gangs’ or ‘women’s teams’ we’re working with for Before the Siren. This event is both an opening ceremony and half-time spectacle to honour the beginning of the AFL Women’s professional league. It uses all of the masculine sports tropes of mega football games to celebrate the fact that women have been gathering in all sorts of ‘teams’ since, well, forever. On the day you can expect banners, anthems, mascots and chants, as well as a special insight into some of the most intriguing female-focused clubs in WA. 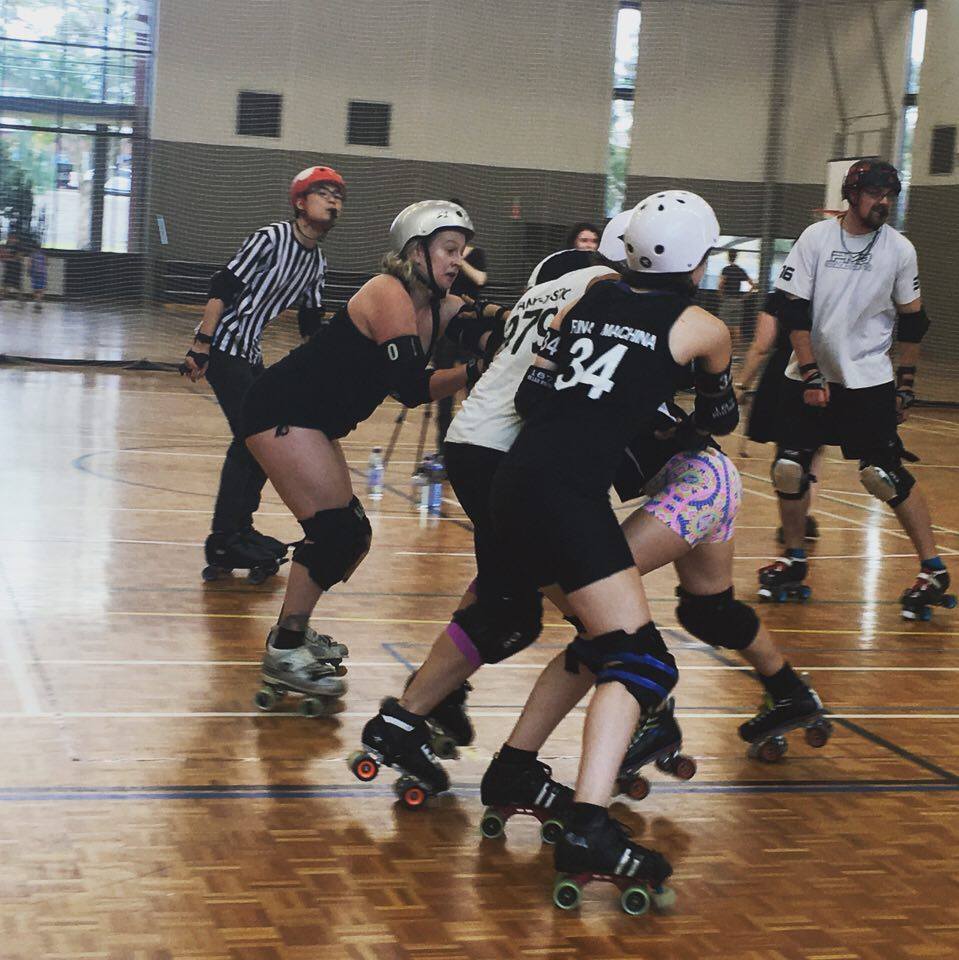 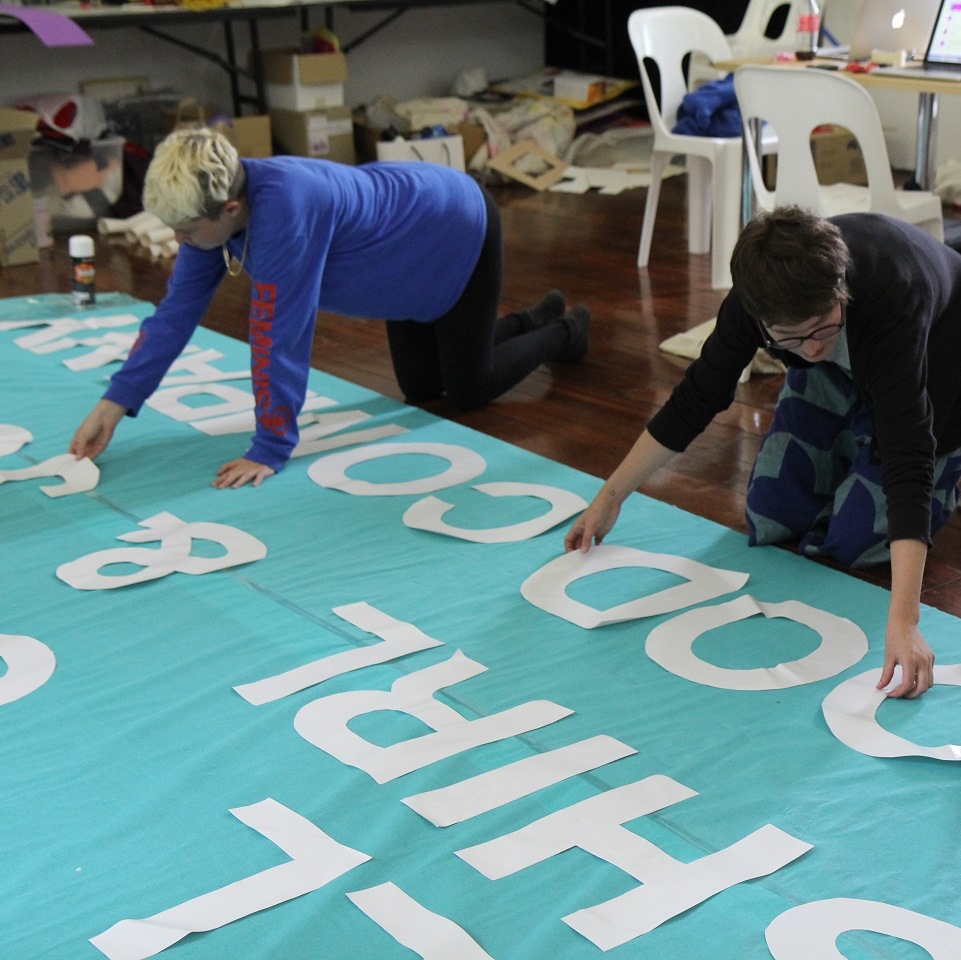 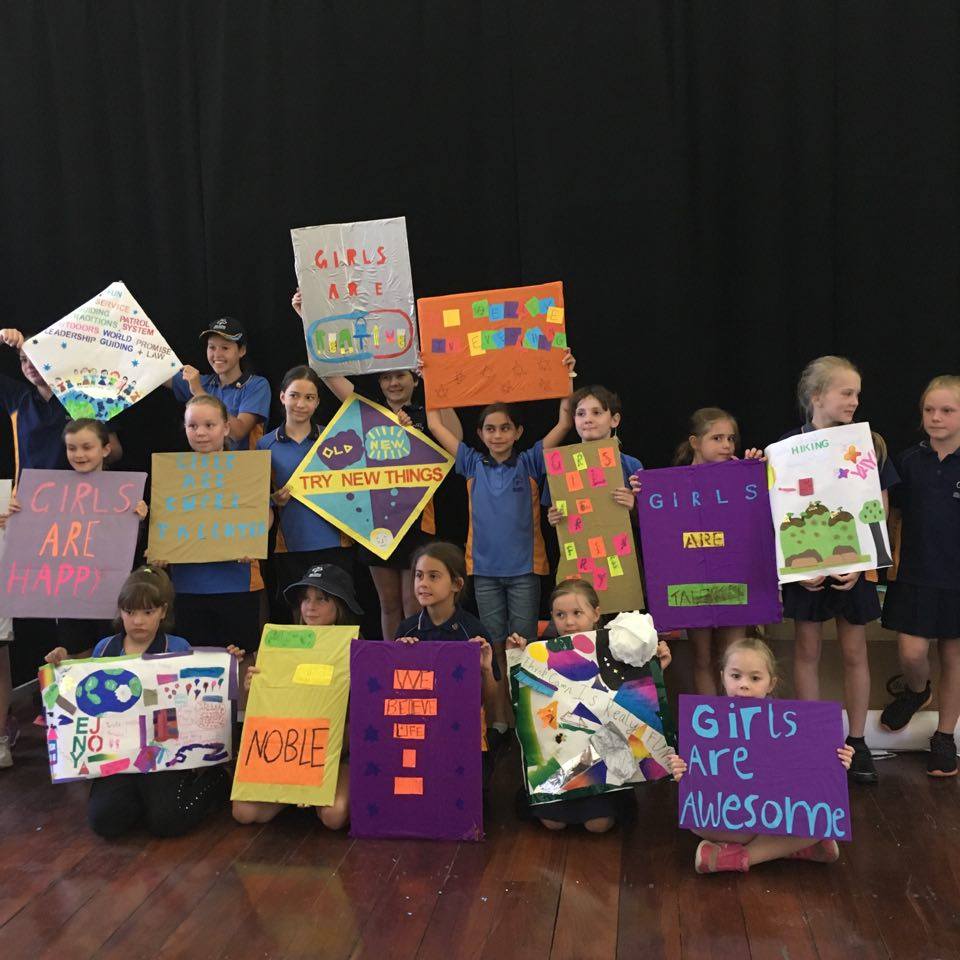 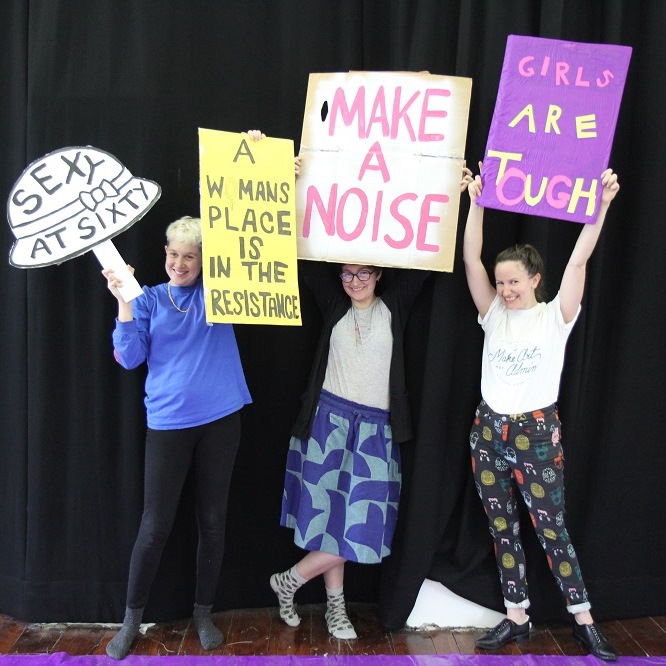 Whilst being lucky enough to meet up with gangs such as the Girl Guides (‘Girl led and Adventurous’), The WA Roller Derby (‘Bruises Are Just Derby Kisses’) and the Red Hatters (‘Not the Shy Retiring Types’), we have also sunk our teeth into learning how to make giant football banners.

The Fremantle Dockers have a huge team of dedicated volunteers who make giant crepe paper banners, often 14 metres long and six metres high, for the Dockers’ home and away games. The trick with this craft is finding the right balance between being sturdy enough to withstand the Fremantle Doctor (sea breeze) and delicate enough for players to break when they run through it. The banner team have mastered this art, and let’s just say it involves hundreds of rolls of sticky-tape and a large floor space.

Over the next month we will be in residence at Fremantle Arts Centre, buried in crepe paper and in conversation with footballers, embroiderers, motorcyclists and activists to create a spectacle on the turf of the famous Fremantle Oval. Pack a picnic, your pom-poms and your best cheering voice – and come witness the madness.