New Zealand’s Katie Breckon filled us in on her time in residence at FAC, ahead of her Open Studio this Friday and Saturday. Katie’s a multi-disciplinary artist who lives and works in the Kimberley. Over the past month she’s been creating three-dimensional drawings out of thread inspired by her experience at Bungarun, the Derby Leprosarium.

Tell us a bit about your practice and what brought you to Fremantle Arts Centre.

I work across different mediums, letting the concepts and creative process guide what materials I use for each body of work. It’s difficult to pigeonhole my practice but I generally communicate through photography and drawing, while incorporating some kind of three-dimensional element.

I live in the Kimberley on a large bush block off the grid. Our house is open plan with no air-conditioning, which during the wet season makes being productive almost impossible. Coming to Fremantle for a month has given me time and space to focus, test out ideas and connect with the Perth arts community. Fremantle Art Centre is my favourite place in Perth. It’s so peaceful and has strong community engagement.

You’ve been creating three-dimensional drawings with thread while in residence. What first inspired this practice?

I want to create drawings that activate space – sketches that can be walked around and viewed from different perspectives. Installations like this change how the viewer reads the drawing because they are literally standing within it. I like how lines become tangible and physical. Instead of generating a mark with a pencil I hold the line and move it into place, which makes more sense to me. It took a year of experimentation during art school in New Zealand in 2004 to work out my technical drawing process. This way of drawing is challenged by the characteristics of each space I work within. Concrete surfaces and extremely high ceilings can definitely make the process difficult. 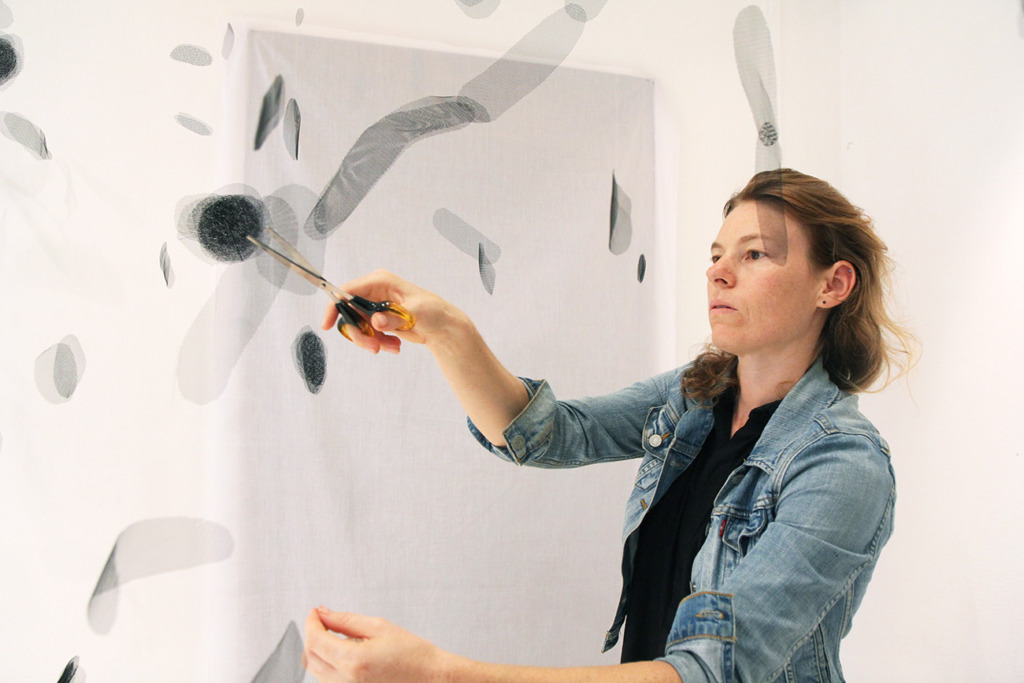 What have you been drawing on-site?

My studio is filled with sketches of red earth, termite mounds, silhouettes, a prayer bench and leprosy cells. I’ve reinterpreted sketches I made on site at Bungarun, the Derby Leprosarium. Bungarun is a national heritage site, an old hospital that treated people with Hansen’s disease or leprosy from 1936-1986. Our property is very close, a short drive down a dirt road through bush and marshland. The sketches will form part of a larger exhibition called The Big Sick, a term used by Kimberley Aboriginal people to describe the disease.

What role do these historically rich locations play in your work?

Historical sites help me to understand the deeper narratives of a place. A woman from Mowanjum community first took me to Bungarun. Her mother had been a leprosy patient and she has relatives buried there. Elders told me not go to Bungarun after sunset because that is when the “old people” roam around. So the place is layered with meaning and feeling, which I draw from. I find the visual contrasts really interesting, a hospital abandoned in the middle of nowhere, archival images of nuns wearing their religious habits while caring for Aboriginal patients, human survival and loss. Many stories have been recorded about Bungarun but I am interested in what can be read from the wear and tear of what remains. 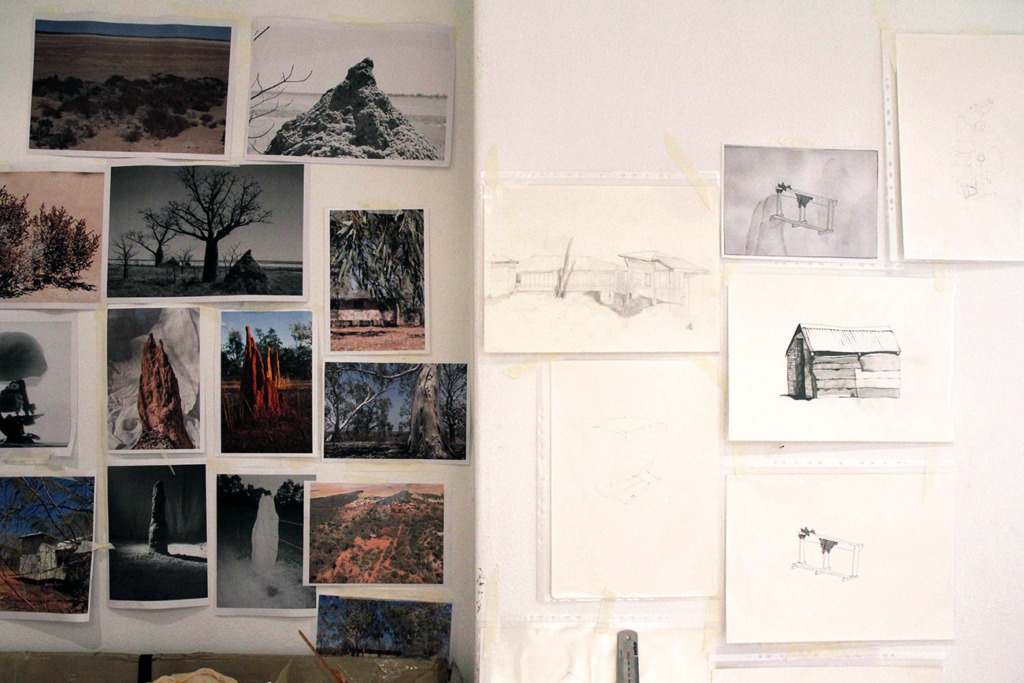 Texture seems to be a key part of your practice, translating across the multiple mediums you work with and offering an evocative sense of the environment the work was made in. Having worked in some of the most remote areas of Australia, is this sense of place something you look to capture?

Outback Australia still feels unique to me, even after five years of living in the Kimberley. I work for Mowanjum Art Centre and the artists there have taught me about ochre, its traditional uses, connection to dreamtime stories and how to collect it from the land. Now I use it within my artwork to reference place. Recently I was given some kokowai (ochre) from New Zealand that I’ll use in a photographic series. I’ve also been using ochre to dye the thread I draw with.

I’m definitely influenced by my surroundings and by what’s missing from the landscape – the absence of the familiar and how my two homes New Zealand and the Kimberley contrast each other. Living here is isolating and I’m rarely able share my experiences with friends or family. I think the stories my new work explores will be interesting to audiences outside of the Kimberley, they’re unique and part of a national narrative.

The drawings will be taken down after the Open Studio and then I’ll fly back to the Kimberley. There are also plans for an exhibition in Perth later this year. So I’m moving into a time of completing work and applying for exhibition spaces. I’ve just installed a darkroom in my shed and am hoping to make some wetplate photographs over the coming months. Hopefully the wet season heat won’t upset the chemical process too much!

Meet Katie at her Open Studio and explore her work from 9am–5pm, Friday 17 February and 9am–3pm, Saturday 18 February. From 1–3pm Saturday there’ll be refreshments for Katie’s farewell party.